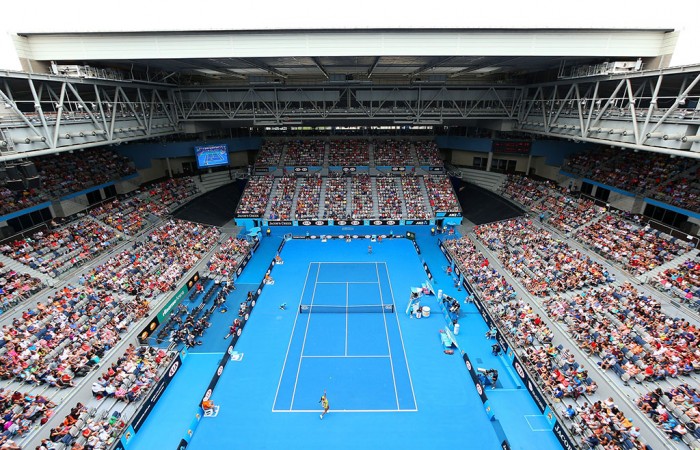 Tiley said Tennis Australia was proud to continue its association with the Hisense brand, both as naming rights sponsor of Hisense Arena and official television supplier to the Australian Open.

“Every year this world class stadium plays host to thousands of tennis fans and many of the world’s top tennis players,” he said.

“This year alone men’s champion Stanislas Wawrinka, women’s champion Li Na and fellow Grand Slam champions Roger Federer, Andy Murray and Ana Ivanovic all stepped out at Hisense Arena. In 2015 we’re excited to be opening the doors of Hisense Arena to all ground pass holders, giving more people access to our three stadium courts than ever before.

“We are also proud to have extended our partnership with Hisense as official television supplier of the Australian Open through until 2017. We look forward to another great summer of tennis and an exciting future together.”

“Hisense Arena is an outstanding venue, which has become a household name due to the calibre and variety of events it hosts each year,” Mr Drum said.

“Each year the world’s best tennis names converge at Hisense Arena for the Australian Open, and it is also the home of elite sporting teams such as the Melbourne Vixens and Melbourne United.

“Due to its multi-purpose nature, a growing number of events and concerts are also embracing Hisense Arena as a venue of choice, helping to consolidate its position in the thriving Melbourne & Olympic Parks precinct.”

Head of Marketing at Hisense Australia Andre Iannuzzi said: “In just under eight years Hisense Australia’s range of home appliance and television products has made its way into millions of homes across Australia, due in part to its commitment to consumers in making the best technology available and affordable.

“We’re able to produce high quality products and services thanks to the continued support of Australia’s leading retail channels and our investment in Victoria with Hisense Arena and Tennis Australia, all of which facilitate the company’s focus in growing the Hisense brand nationally.”