Hewitt ousted by Raonic in Washington 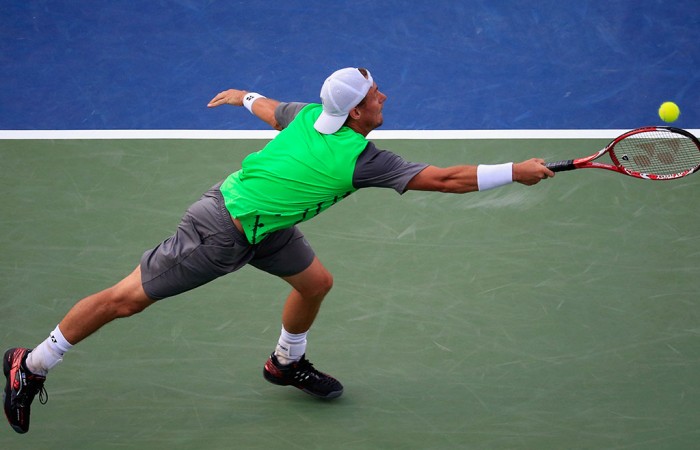 Lleyton Hewitt has been knocked out of the ATP Citi Open in Washington DC by big-serving Wimbledon semifinalist Milos Raonic.

“I did a lot of good things, especially the way I fought through the important games,” said Raonic, the tournament’s second seed.

Raonic, who also won his opener over American Jack Sock in two tiebreakers, will face US giant-killer Steve Johnson for a spot in the last four.

Johnson dumped ATP aces leader Ivo Karlovic 3-6 7-6(4) 7-6(7) despite 27 aces by the Croatian ninth seed a day after beating US fifth seed John Isner, who ranks second in aces and fired 29 past Johnson.

“He couldn’t have had any better preparation to face me,” said Raonic, who ranks third in ATP aces.

And Johnson could face South African seventh seed Kevin Anderson, who ranks sixth on the season aces list, in the semifinals.