Inspired to play after watching Wimbledon, John Lui now combines a coaching career with playing competitive deaf tennis at the highest level, a highlight being selection for the Deaflympics. 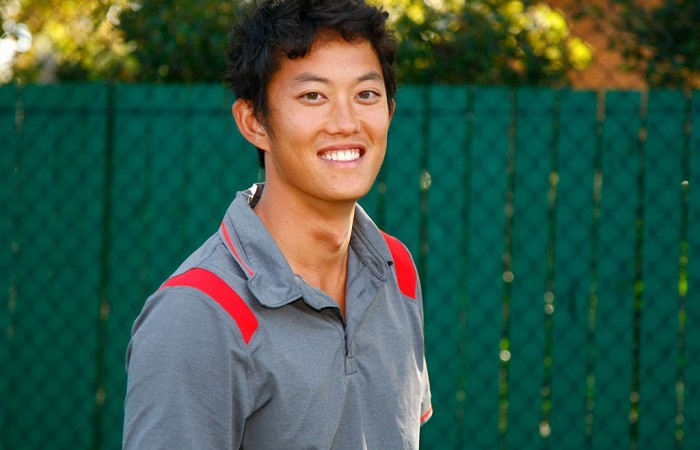 “I just got hooked on [tennis by] hitting the ball against the wall and watching Pete Sampras at Wimbledon on TV. My very first lesson was at about [age] six – I was a little terror and wasn’t really interested in following instructions, ironic now that I’m a tennis coach … [after stopping lessons] I picked it up again a few years later though; I think it was a combination of tennis courts at my local club, my mother watching tennis on TV and my friends all taking lessons.

“I started coaching during my university years for some pocket money around 2005 and that was for just a few hours per week, at both Beecroft Lawn Tennis Club and in Marsfield. I run my own business, LuiTennis, and coach from Monday to Saturday in the mornings and afternoons during the school term at a private court in Mosman. I’m the first profoundly deaf person to become a qualified Tennis Australia Club Professional coach. My students encompass all ages (5+) and levels from beginner to open tournament level. The best part of coaching is seeing any student of mine improve!

“I find it difficult as a tennis coach as the mental and physical aspect of combining work and training is draining. Usually one [my coaching or playing career] has to suffer as the expense of the other. This is a challenge I’m still trying to overcome … It’ll never be as good as focusing solely on one or the other but it allows a balanced perspective and for a change of scenery at times.

“Tennis has helped me make friends from all walks of life, and to travel and play all over the world. Izmir, Turkey in 2011 was one as well as Sofia, Bulgaria in 2013. The two best all-round experiences and incomparable atmospheres were the Dresse & Maere Cup in Munich, Germany in 2007 and the Taipei Deaflympics in 2009. Entering the packed brand-new athletics stadium for the opening ceremony of the Taipei Deaflympics will never be topped in my mind – it took two years to plan and cost $US 18 million, and involved Jet Li and Jackie Chan as guest stars!

“Tennis has taught me life skills too – that defeat does not define who you are, only the commitment to the process and goal does. To never to judge a person by their looks or game, as they might not be what you expected. And whatever occurs on the tennis court is your responsibility, and yours alone.

“[I’ve discovered] how mentally challenging tennis really is at all levels, especially in a competitive situation … There’s so much mental concentration needed in order to sustain your focus through training and during competition, [and the mental battle around] whether you’ll ever achieve your goals and if you should continue or stop.

“[But] you can’t have success without failure, so keep moving forward and good luck!”

Find out more about how you can get involved with deaf tennis, catering for all deaf and hard of hearing tennis players.