Greats tip Kyrgios to go all the way 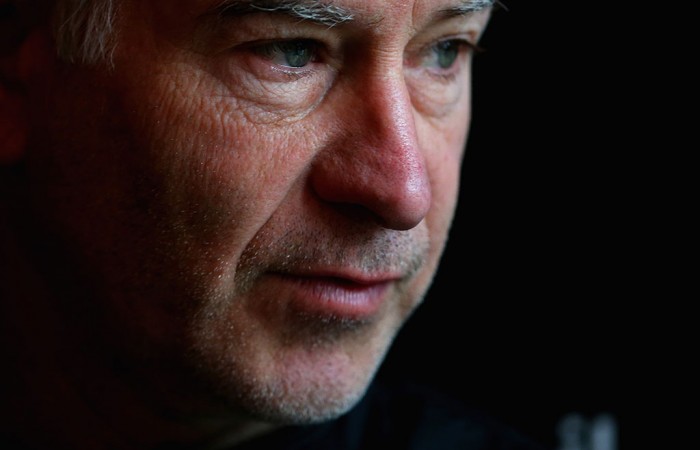 The 19-year-old produced one of the greatest upsets in the tournament’s history by beating world No.1 Rafael Nadal in four sets on Tuesday.

Coming to Wimbledon as the world No.144, and on a wildcard entry to the main draw, the Australian has surpassed all expectations by reaching the last eight.

Three-time Wimbledon champion McEnroe, now commentating at the tournament for the BBC, said Kyrgios had the look of a champion about him as he demolished Nadal’s title hopes.

“We’ve been waiting for this for a while,” McEnroe said.

“We keep saying, ‘Who’s the next guy?’, and I think we found that guy right now.

“I’ve been hearing about this guy for years. I’d only seen him play a little bit. But that was absolutely stunning, to see what he did to the world number one. How did he keep that up?

“This is where it gets a little tricky. But he actually had this feeling about him. I could see it from the commentators box, that he absolutely believed he was going to win this match, and he’s acting to me like he can win this tournament.

“The last guy I saw like this is… Boris Becker, that young teenager, no fear whatsoever – ‘no matter what comes my way I’m going to be better than them’.”

Australian Cash, the 1987 Wimbledon winner, agreed it was not too much of a stretch to consider Kyrgios a title contender.

“Why not? If he plays like that,” Cash said.

“It has a bit of a Boris Becker feel about it. A young guy just blasting away. This guy is bringing something to the table that we haven’t seen before. It has a real feel of Boris Becker.”

Told that some were predicted he could win the tournament, Kyrgios said he was not getting carried away.

“I’m just going to go home tonight and do everything possible for my next round tomorrow.

“Milos has probably got the best serve in the world. I’m just going to go out there and have fun again.”

The American also noted Kyrgios’ celebration, and his post-match television interviews, were not over the top.

“Not only is he not surprised he’s beaten Nadal, it looks like (he is thinking), ‘Let me get done with this interview because I’ve got three more matches I’ve got to play’,” McEnroe said.

“That to me tells you something about this guy. I sensed that when he walked on the court that he had that feeling about him and Nadal sensed it, and that’s why there was such a strain on his face as the match progressed.

“That’s where you know you’re watching someone who’s going to be a big star in the future.”