Tomic to come out swinging against Berdych

A measured approach has helped Bernard Tomic get his season back on track but the Australian sees all-out attack as his only option against Tomas Berdych at Wimbledon. 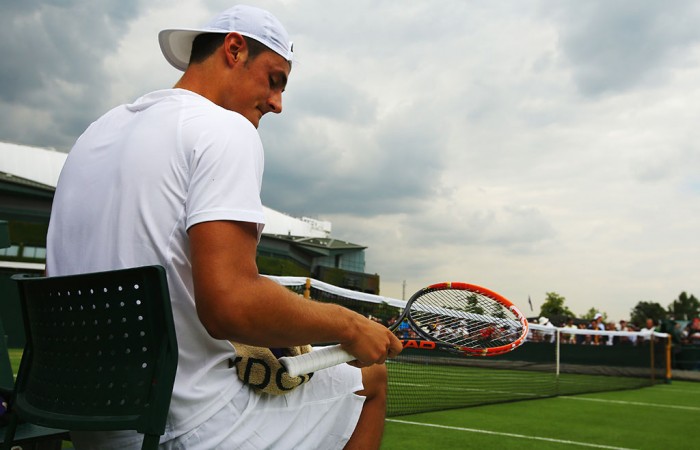 A measured approach has helped Bernard Tomic get his season back on track but the Australian sees all-out attack as his only option against Tomas Berdych at Wimbledon.

Tomic passed his first test at this year’s championships with flying colours in a convincing 6-4 6-3 6-2 win over 114th-ranked Russian Evgeny Donskoy on Monday.

It continued an encouraging return to form but the 21-year-old faces a steep rise in class when he meets sixth-seeded Czech Berdych on Wednesday.

Tomic’s ranking has fallen to No.86 after struggling to regain his form since double hip surgery in February and only a repeat of his run to the fourth round last year will prevent him dropping out of the top 100.

That will require what would seem an unlikely victory over Berdych, the man who stopped him at the All England Club last year, but Tomic plans to come out swinging.

“I need to play the right tennis and not play too defensive,” said Tomic, feeling he’d been too passive at times in recent matches.

“He’s a good player and he’s going to take it to me if I play too defensive on those big points. I feel that first set is very important to get on top of him … because he’s a good frontrunner.

“I really need to put pressure on him early, then everything can change.”

Regardless of how he fares against the big Czech, Tomic is confident he’s heading back in the right direction after surgery halted his progress.

“It’s not easy (to come back from) but I think I’ve done pretty well,” he said.

“Some people can play a long time before they can pick up the confidence of matches.

“Now I’m at my favourite tournament, I managed to win the first round and now I’m playing against a tough player.

“But everything is possible in these courts for me.”