Matosevic the form Aussie at Wimbledon

After so long struggling at major tournaments, Marinko Matosevic's win at the French Open and stellar run at Queen's sees him arrive at Wimbledon as the nation's form player. 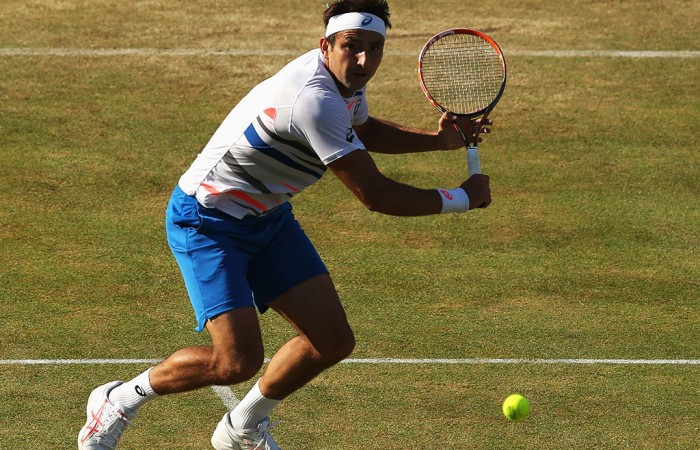 What a difference one Grand Slam match win can make.

For so long struggling at major tournaments, Marinko Matosevic has suddenly arrived at Wimbledon as the nation’s form player.

The 28-year-old broke his top-level duck at last month’s French Open, winning his maiden first-round match at his 13th attempt.

He’s since kicked on impressively, winning eight of 10 matches on grass this month including victories over Jo-Wilfried Tsonga and Marin Cilic at Queen’s Club.

Matosevic never shied away from his awful record and he’s thrilled to finally arrive at a major without it hanging over his head.

“It was like almost a daily occurrence where something would remind me of it,” Matosevic said.

But the world No.59’s recent form, and the fact he beat Verdasco on clay in straight sets last year, has him feeling confident.

“I’ve beaten him on his preferred surface so I’m looking forward to it,” Matosevic said.

“I always seem to get a seed (in the draw) but it’s what happens when you’re unseeded. My next goal is to get seeded for these events so I don’t have to come up against these guys.”

As with at Queen’s Club, Matosevic plans to embrace an “old-school Aussie” serve-and-volley approach encouraged by his coach, doubles legend Mark Woodforde.

“He (Woodforde) has been talking about how the Australian tennis identity has been lost in the last decade,” Matosevic said.

“He’s definitely pushing me to come forward and finish points and play aggressive and play tennis on my terms, instead of just rallying like so many guys seem to be doing.”