Six years on from her former career-high ranking, Casey Dellacqua has surged to new heights following her breakthrough week in Birmingham. 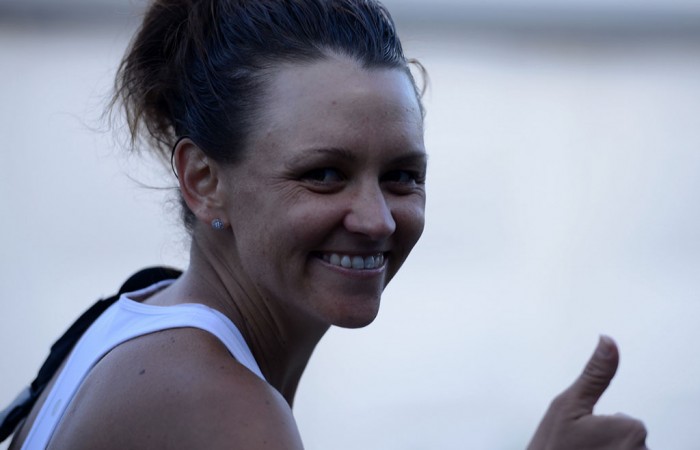 An incredible six years on, Casey Dellacqua has set a new career-high ranking in what highlights a heart-warming story of triumph over adversity.

The Australian veteran jumped seven spots to world No.36 following her run to the semifinals at the WTA Premier event in Birmingham, just her second tour-level singles semifinal and the biggest of her career.

Her new ranking surpasses her previous high of 39th, set back in 2008 after she reached the fourth round at the Australian Open and Indian Wells and progressed to the third round at Roland Garros and Wimbledon.

Since then, the West Australian overcame two career-threatening injuries – shoulder and foot surgeries kept her out of the game for a collective two years – to arrive where she has today.

Incredibly, Dellacqua was ranked outside the top 200 even as recently as September 2013.

Her surge can be attributed to the intense work she has put in to her game and fitness off court, and the resulting confidence on it.

“I feel like I’m a completely different, better, well-rounded player than I was back then (in 2008). So I felt like I could beat that ranking (of 39th) … it’s nice to know that all my hard work is paying off.”

Also making an inspirational surge up the rankings is Jarmila Gajdosova.

The 27-year-old jumped 46 places to No.177 after her victory at the $50,000 ITF event in Nottingham, a result which also earned her a main draw wildcard at Wimbledon.

Gajdosova is beginning to make an impact once more on tour following a 2013 season decimated by mononucleosis and a ranking that dipped as low as 334th less than three months ago.

This was her first tournament title of any kind since January 2011 – when she won the WTA title in Hobart – and sees her rise into fourth place in the Australian rankings after beginning the year at eighth.

On the men’s side, there were also a number of notable career highs this week.

Nick Kyrgios won the men’s title in Nottingham – and like Gajdosova was granted a Wimbledon wildcard – and as a result vaulted 28 places to world No.145.

The victory was Kyrgios’ fourth career ATP Challenger title and third of this season, filling him with confidence ahead of his first appearance in the main draw at the All England Club.

His victim in the Nottingham final, compatriot Sam Groth, rose 11 places to a career-high ranking of No.125.

Groth has improved his ranking by more than 50 places since early March.