Sam Stosur will face Casey Dellacqua in the third round of the AEGON Classic in Birmingham after both Aussies came through their matches on Wednesday in straight sets. 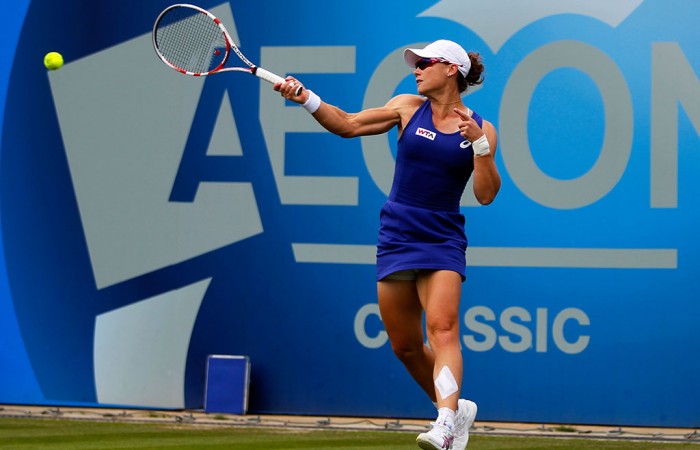 Sam Stosur has kicked off her grasscourt season on the best possible note with a dominant victory over Christina McHale at the AEGON Classic in Birmingham.

Stosur, seeded second at the WTA Premier event, beat the American 6-1 6-3 in just one hour and five minutes on Wednesday.

She will next face compatriot Casey Dellacqua, who won her second straight match at the Edgbaston Priory Club to take her place in the last 16.

Dellacqua accounted for another American, Varvara Lepchenko, 6-4 6-3 to equal her career-best result in Birmingham.

Stosur, meanwhile, was in imperious form against the former world No.24 McHale, slamming eight aces to just one double fault and winning almost 80 per cent of points behind her first serve.

Stosur and Dellacqua, Australia’s top two ranked players and the country’s leading Fed Cup representatives, will meet for the first time on the WTA Tour.

It’s a remarkable stat given both have enjoyed long careers at the elite level; they did meet twice on the Australian Pro Tour – in 2002 and 2003 – with Dellacqua winning both encounters.

The match guarantees one Australian will progress to the quarterfinals of the Wimbledon tune-up for the first time since Alicia Molik in 2004.