An early French Open exit hasn't dampened Lleyton Hewitt's belief he can be a contender at Wimbledon next month. 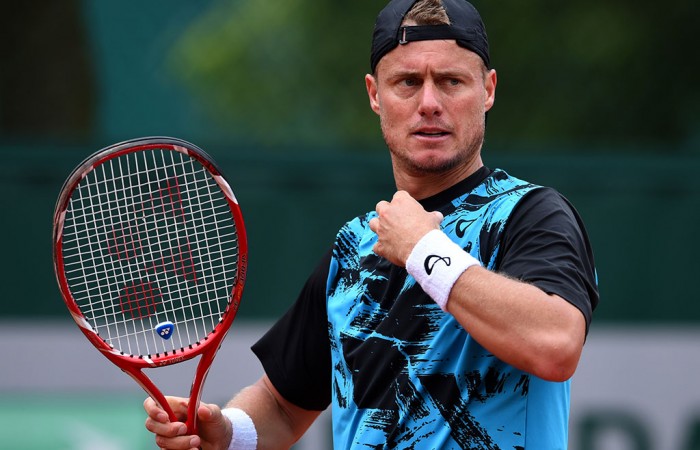 An early French Open exit hasn’t dampened Lleyton Hewitt’s belief he can be a contender at Wimbledon next month.

The 33-year-old Australian exited the claycourt Grand Slam at the first hurdle for the third successive time after a 3-6 6-2 6-1 6-4 defeat to Argentine Carlos Berlocq on Tuesday.

Clay is Hewitt’s least-favoured surface and Roland Garros is effectively a stepping stone to the grasscourt season these days.

While disappointed he wasn’t able to get more court time, Hewitt will still head to Wimbledon – where he won in 2002 – feeling like anything is possible.

“I feel especially at Wimbledon there is not as many guys that have a realistic shot, guys that can go out there and compete against the top guys who possibly can win the tournament,” Hewitt said.

“I think I’m one of those guys who can go out there and push those guys. With my ball striking, I’m feeling pretty good about it at the moment.”

Hewitt has not won a match at Roland Garros since 2010 and his best results at the event are quarterfinal appearances in 2001 and 2004.

However he had been optimistic of causing a few upsets after arriving at the event fully fit for the first time in several years.

While he was clearly outplayed by Berlocq, world No.47 Hewitt came away confident the key aspects of his game are in a good place heading onto grass.

“I was pretty happy with how I hit the ball and returned serve as well,” Hewitt said.

“My net play was fantastic. I came in on the right balls … and my volleying, that was really good today. I think moving forward, that’s such a key aspect of the grass.

“It’s obviously disappointing right now but there are positives.”

Hewitt will compete in the doubles at Roland Garros alongside Chris Guccione before heading to London for the ATP event at Queen’s, where his is a four-time champion.