Rising stars Nick Kyrgios and Ashleigh Barty have been awarded wildcards into the French Open main draw, commencing in Paris on Sunday 25 May. 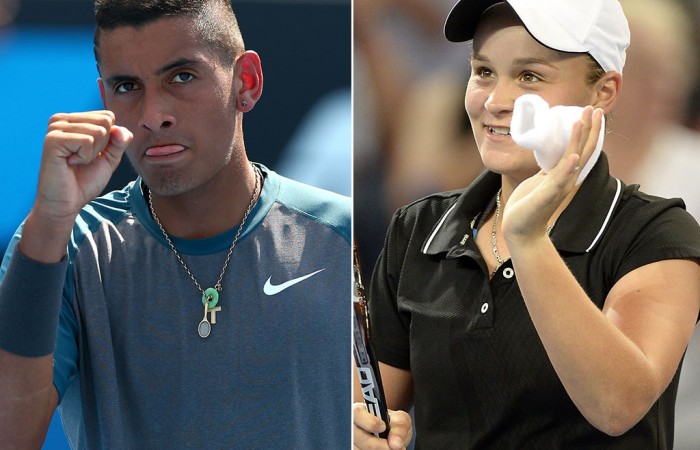 Rising stars Nick Kyrgios (ACT) and Ashleigh Barty (Qld) have been awarded wildcards into the French Open main draw, commencing in Paris on Sunday 25 May.

Nineteen-year-old Kyrgios has enjoyed an outstanding start to the claycourt season, winning back-to-back ATP Challenger events in the United States in April. At world No.159, Kyrgios is currently the only teenager ranked inside the men’s top 200.

The Canberra local will hope to use his wildcard entry to emulate a memorable main draw debut at Roland Garros last year, when he defeated world No.52 Radek Stepanek in the first round.

“Nick has shown over the past 12 months that he can compete at Grand Slam level and also handle the pressure of big occasions like Davis Cup competition,” Rafter said.

Nick really deserves this opportunity after being sidelined by injury and then returning to win back-to-back Challenger titles on clay.

After celebrating her 18th birthday last month, Ashleigh Barty will enter the French Open eligible to compete unrestricted on the WTA tour for the first time.

With a world ranking of 182 Barty’s focus for the year so far has been to contest the qualifying rounds of high-level ITF events.

Barty will head to her third French Open looking to build on her maiden Grand Slam victory in Round 1 of the tournament last year.

“It’s really exciting to be awarded a wildcard into the French Open,” she said.

“I’ve obviously played at Roland Garros a few times now, including when I was a junior, so I’m familiar with the site and there’s just no better clay than at Roland Garros. It’s pretty special when you get there.

“I’ll give it a real go, you never know what’s going to happen. I’ve just got to go out there, keep my chin up and see how I go on the day.”