Former British No. 1 Elena Baltacha, who had been fighting liver cancer since retiring from tennis last year, has passed away at age 30. 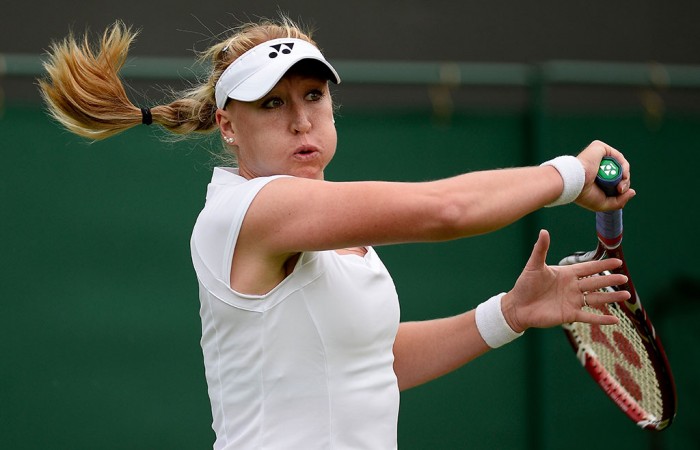 Former British number one Elena Baltacha has passed away after a battle with liver cancer at the age of 30.

Born in Ukraine and brought up in Scotland, Baltacha revealed she had the illness in March, having being diagnosed in January.

Baltacha, who was British No.1 for nearly three years, only retired from professional tennis in 2013.

“We are heartbroken beyond words at the loss of our beautiful, talented and determined Bally,” said her husband Nino Severino in a statement published by the BBC.

The daughter of Sergei Baltacha, who played professional football for Ipswich and Inverness Caledonian Thistle, she was diagnosed with primary sclerosing cholangitis, a chronic liver condition which compromises the immune system, aged 19.

Despite her illness and injury problems, she reached the third round of the Australian Open in 2005 and 2010, and achieved a career-high world ranking of No.49.

She won 11 ITF singles titles, made the third round of Wimbledon in 2002 and was a member of Britain’s Fed Cup team for 11 years.

Lawn Tennis Association (LTA) head of women’s tennis Iain Bates said: “Today (Sunday) we have lost a shining light from the heart of British tennis – a true role model, a great competitor and a wonderful friend.

“We have so many special memories to cherish, but this leaves a gaping hole for everybody in both British and women’s tennis, and words simply cannot express how saddened we are by this news.

“All our thoughts are with Nino and the rest of Elena’s family. We will miss you, Bal.”

The LTA paid tribute to a “tireless fighter”.

“Forever remembered for her relentless determination, unbelievable drive and a will-power that never ceased to amaze us, it was a pleasure to watch Bally develop into a world-class player,” it said in a statement.

“With her enthusiasm, spirit and passion for life, she was a pure joy to be around and, having recently got married to her husband Nino Severino, she was embarking on a new chapter in her life.

“She fought tirelessly during her career against opposition on court and never gave in to the struggles she endured off it.

“The health issues she battled since her teenage years made what she achieved during her career all the more impressive.”

Top tennis stars including Andy Murray, Martina Navratilova, Tim Henman, Greg Rusedski, Jamie Murray and Heather Watson will take part in “Rally For Bally”, a cancer fundraising event that will now be held in her memory on 15 June.