Australia's No.1 Sam Stosur spearheads her nation's attempt to reach its first Fed Cup final in 21 years this weekend. She took time out to speak with tennis.com.au. 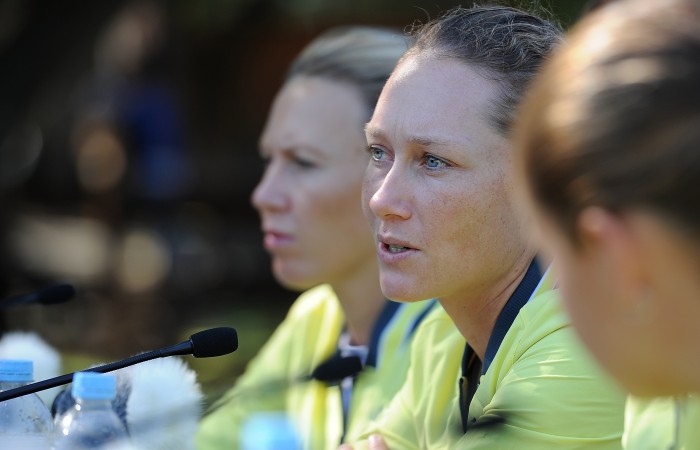 What is your earliest memory of Fed Cup?
My first tie, playing in Wollongong, against Colombia. I lost 6-4 in the third, but yeah it was a fantastic experience.

What is your greatest memory of representing Australia?
To be honest with you I think one of my favourite Fed Cup ties was when we played Spain in Adelaide three or four years ago. It came down to the doubles match and Stubbsy and I won that in a close three-setter and for some reason that week really stands out for me as a great week and fantastic to be part of that team.

Who has been your toughest Fed Cup opponent or what has been your toughest loss?
I’ve had a few tough losses. I don’t even know if this was a qualifying round or what, but we were playing Austria in Austria maybe five or six years ago. I really struggled on the court there and didn’t have a good week so it was pretty tough. I think it hurts a bit more when you feel like you haven’t been able to play your best, when you’ve got this team situation. I think it was Paszek and Sybille Bammer were in that team.

Who has won the most singles matches for Australia? Evonne Goolagong, Alicia Molik or yourself? (Stosur 27-11)
Um, that would be me. I didn’t even know until the other day and then I read it in the paper.

Who has won the most doubles matches for Australia? Wendy Turnbull, Rennae Stubbs or Casey Dellacqua? (Wendy Turnbull 29-8)
Is it Wendy? Yeah. Who did they all say, Stubbsy?

If you could choose one Australian player from history playing at their prime to substitute if one of the girls was injured who would it be?
With anyone? Oh, Evonne.

Who’s the funniest on the team and who cracks the worst jokes?
Maybe Casey takes both of those. Casey comes out with some really random comments that you think ‘no, you can’t say that’, and she comes out with it, so that’s what gets me the most.