Jarmila Gajdosova and Marinko Matosevic battled higher-ranked opponents for three sets before falling at their respective events in Kuala Lumpur and Monte Carlo. 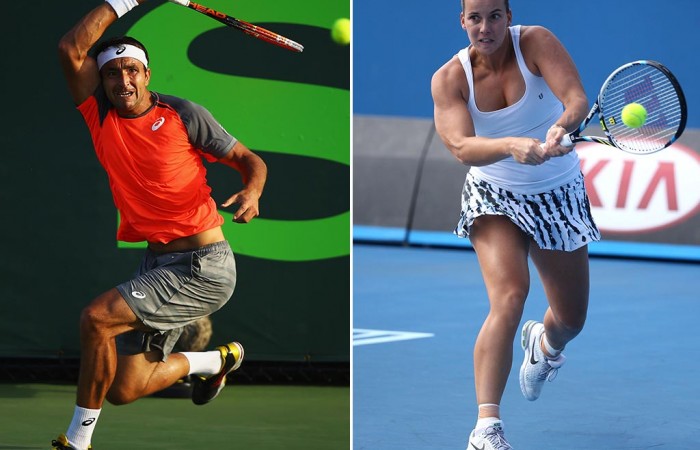 Jarmila Gajdosova has gone down in three tough sets to Su-Wei Hsieh in her opening round match at the BMW Malaysian Open in Kuala Lumpur.

Across in Europe, fellow Australian Marinko Matosevic scored a lucky loser entry into the first round of the Monte Carlo Masters event, but fell in three sets to Marin Cilic.

Gajdosova streaked out of the blocks against Hsieh, racing to a 5-1 lead and closing out the set shortly thereafter.

Despite the loss, Gajdosova is showing glimmers of the form that also saw her become a top 25 player, having recently qualified for the WTA Premier event in Charleston, and losing her past two matches to higher-ranked opponents in three tight sets.

In Monte Carlo, Matosevic found himself up against the surging Croatian Cilic, who in 2014 has already won 22 of 28 matches and claimed two ATP titles.

After winning the first set, Matosevic struck back to claim the second, yet ultimately fell 6-1 3-6 6-2 in one-and-three-quarter hours.

Matosevic had earlier won a round of qualifying before losing at the final hurdle to Spaniard Albert Montanes.