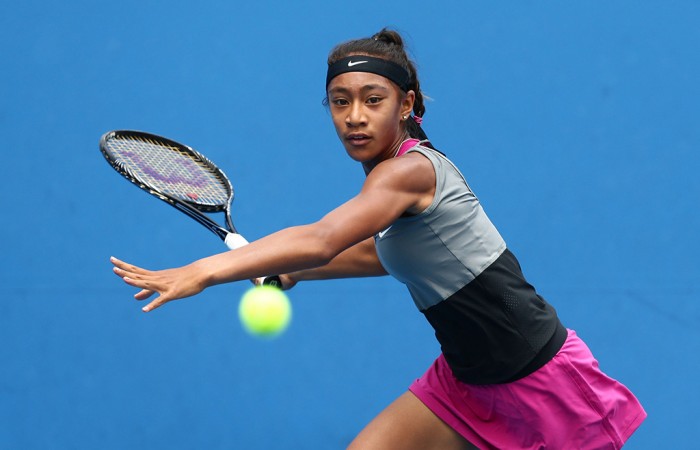 The ITF World Junior Tennis event is the international teams competition for players aged 14 and under. This month, six of the nation’s top emerging tennis players will bid to secure Australia’s place in the World Junior Tennis finals, to be held in Prostejov in the Czech Republic from 4 to 9 August 2014.

Codey Gunn (Narre Warren, Vic), Stefan Norodom (Kidman Park, SA) and Greg Polmans (East Brighton, Vic) will don the green and gold in the boys’ event, to be held from 21-26 April in New Delhi. The team will be led by National Academy Victoria coach Mark Hlawaty.

In the girls’ event, Destanee Aiava (Narre Warren, Vic), Jeanette Lin (Flagstaff Hill, SA) and Gabriela Ruffels (Sandringham, Vic) will fly the flag for Australia under the guidance of fellow National Academy Victoria coach Craig Tyzzer. The girls’ event will be held from 28 April to 3 May in the Indian capital.

It will be the second straight year Aiava has represented Australia at the world teams event, with the talented 13-year-old set to lend valuable experience to the side.

“We’re really excited by the teams that will represent Australia in New Delhi this month,” Edney said.

“We have a great group of young players coming through the ranks, and the opportunity for them to gain international experience at such a young age is really valuable to their development.

“We look forward to supporting our teams at this month’s qualifying event and hope to see them return to the international stage for the finals in the Czech Republic in August.”