Nadal too strong for Hewitt

UPDATE 6pm: Rafael Nadal has brushed aside Lleyton Hewitt on Saturday night to advance to the third round of the Sony Open in Miami. 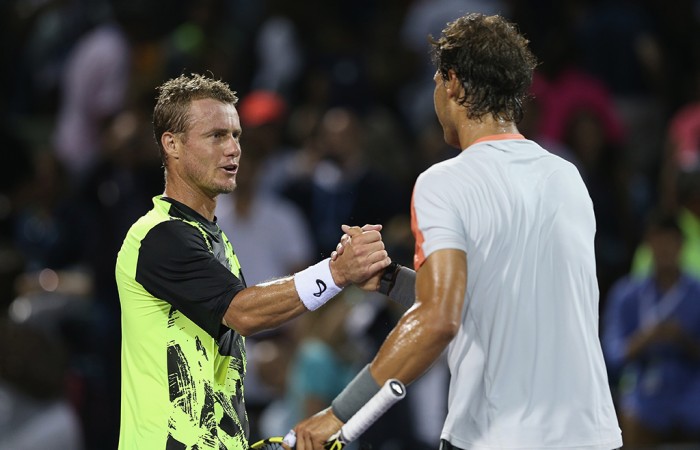 Hewitt had joined Nadal and Roger Federer as only the third active player to notch 600 career match wins with his first-round victory over Robin Haase at the prestigious hardcourt event.

The top-seeded Spaniard and his veteran Australian opponent took to the court two and a half hours late due to long matches that preceeded them.

But Nadal, who received a first-round bye, ripped through the opening set in 27 minutes and eventually dispatched double Grand Slam winner in barely an hour.

“It’s great for me to be back after not playing since 2012. I really enjoy it here,” Nadal said.

“There was no better way to start my return than with a win like this.”

Nadal took his sixth win in a row over Hewitt, improving to 7-4 in their rivalry.

“I have the greatest respect for Lleyton,” Nadal said. “He’s a great example to me and the other players the way he has come back from injuries.