UPDATE: Lleyton Hewitt has scored his 600th career victory by beating Dutchman Robin Haase on Thursday at the Sony Open in Miami. 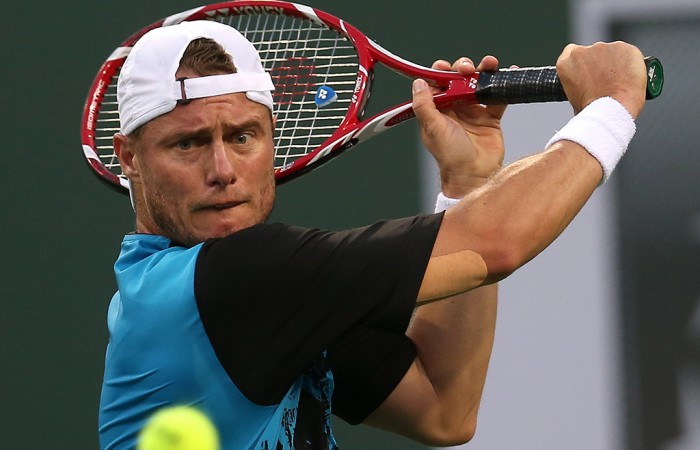 Lleyton Hewitt has scored his 600th career victory by beating Dutchman Robin Haase on Thursday at the Sony Open in Miami.

Playing on Crandon Park’s Stadium court and watched on by Roger Federer, Hewitt dropped the first set and found himself down 3-1 in the second  yet rallied to a gritty 3-6 6-3 6-3 victory, sealing the win in just under two hours.

“Not many people get to achieve that. Not many people get the opportunity to get close that, so means I have been around for an awfully long time, as well. I’m getting old. Few years ago when I had the last couple lot of surgeries I probably would have doubted I’d get to this stage anyway.

“I’m still grateful I’m out there and able to compete with the best guys.”

He will indeed get to compete with the best in the next round – he faces top seed and world No.1 Rafael Nadal.

In the early stages of the match against Haase, such a showdown with the Spaniard looked unlikely.

“I felt like he played great the first set and a half. He was really explosive. He served well. He moved really well, especially to his forehand. He came up with some good passing shots when he needed to,” Hewitt said of the Dutchman.

“I sort of had to weather the storm with him, and in the end I found a way to be able to get through.”

Hewitt takes on Nadal on Saturday night on the same Stadium court.

It was not such great news for fellow Australian Bernard Tomic, whose comeback to tennis following two months on the sidelines lasted just 28 minutes.

Tomic was trounced by Finn Jarkko Nieminen, winning only 13 points in the 6-0 6-1 loss.

It was the Queenslander’s first competitive outing following an injury-induced withdrawal against Nadal in the first round of the Australian Open, and subsequent hip surgery.

“This was the first match back after the operation. It’s all part of the rehabilitation process,” Tomic said.