Hewitt, Rafter and Kyrgios to take part in IPTL 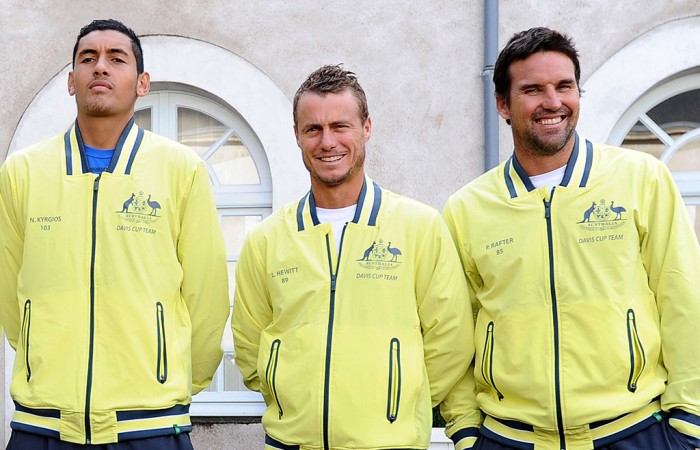 World No.1 Rafael Nadal has been drafted to represent Team Mumbai and Novak Djokovic will headline Team Dubai.

Team owners and IPTL organisers – led by Indian doubles star Mahesh Bhupathi, the managing director of the league, held a draft on Sunday in Dubai where a total sum of $US23,975,000 ($A26.8 million) was spent across four teams to be based in Bangkok, Mumbai, Dubai and Singapore.

Nadal will be joined by 14-time Grand Slam champion Pete Sampras in Team Mumbai, while Djokovic has fellow Serb Janko Tipsarevic, ex-world No.1 Caroline Wozniacki and Arab No.1 Malek Jaziri as his allies.

Teams owners are allowed to have up to 10 players in their roster.

“We’ve got some unbelievably strong teams. I think out of the 28 players that got drafted we have about 21 Grand Slam champions. We have 14 present and past number ones. It’s a pretty blockbuster field,” Bhupathi said.

Partly modelled after the financially-successful Indian Premier League (IPL), the IPTL has been described by Djokovic as a “fantastic concept” while others like Roger Federer – a notable absentee from the player field – has been more cautious in his views on the idea.

“Firstly, I want to see whether it takes off or not. I know a lot of people have invested in it or are part of it,” Federer told reporters in Dubai last week.

“Anywhere where tennis grows is a good thing, so I hope it takes off and becomes very successful. In Asia, there is enormous potential – in places like China and India, due to the amount of people that live there and the excitement they have for tennis.”

Former world No.1 Carlos Moya attended the draft, which has placed him in Team Bangkok alongside British two-time major champion Andy Murray.

The much-talked about league will take place during the off-season of the tennis calendar between 27 November and 14 December and will feature 24 matches across the four host cities in the Middle East and Asia.

Each match will follow a best-of-five format comprising separate sets contested in men’s singles, women’s singles, men’s doubles, mixed doubles and past champions singles, with the home team choosing the order of play prior to each match.

Play is scheduled to start in Singapore, followed by Bangkok, Mumbai and will finally conclude in Dubai.

Each city will host six matches in a three day period and each team will have a regular roster and a travel roster that will have to include a minimum number of players from the different categories.