Barty falls to Wozniak in three

Ash Barty has gone down in a torrid three-set match to Canada's Aleksandra Wozniak in the opening round of the WTA event in Acapulco. 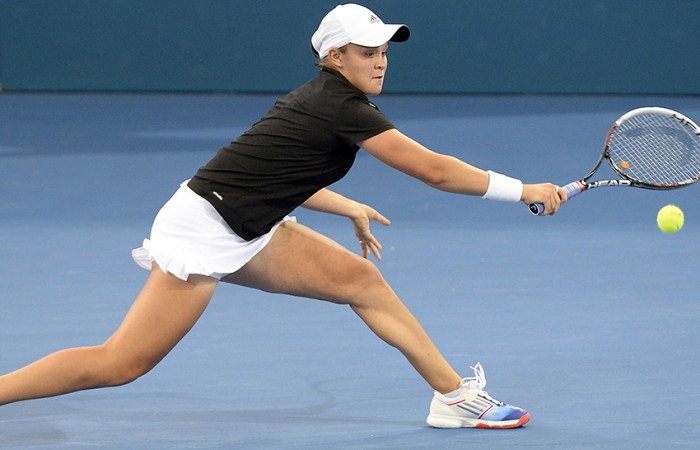 Ash Barty has gone down in a torrid three-set match to Canada’s Aleksandra Wozniak in the opening round of the WTA event in Acapulco.

Barty, who had won three matches in as many days to qualify for the main draw, battled for more than two hours before going down 7-6(5) 5-7 6-2.

It looked as if the 17-year-old would pick up right where she left off in qualifying when she raced to a 3-0 lead in the opening set.

But the more experienced Wozniak reeled in her lead and eventually pocketed a one-set lead.

The tight scoreline persisted in the second set until Barty snatched a decisive break of serve late in the stanza to eventually level scores.

Her resistance came to an end in the third; Wozniak jumped out to a 3-0 lead and not long after it was 5-1, with Barty struggling somewhat on serve.

The Australian admirably forced Wozniak to serve for the match after holding her own serve in the seventh game, but the Canadian made no mistake in closing it out.

Wozniak will go on to meet eighth seed Zhang Shuai of China in the second round.