UPDATE 2pm: Ash Barty has won through to the main draw of the WTA event in Acapulco after a comprehensive victory over Ukrainian Lesia Tsurenko. 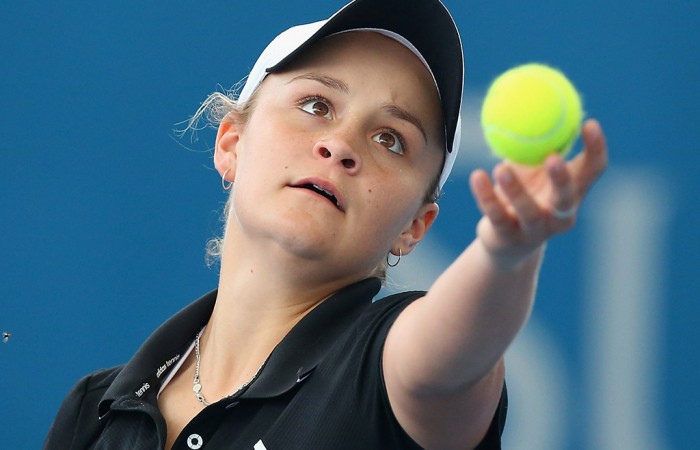 Ash Barty has won through to the main draw of the WTA event in Acapulco after a comprehensive victory over Ukrainian Lesia Tsurenko.

Barty swatted aside the 140th-ranked Tsurenko 6-0 6-2 in just 55 minutes, her third straight qualifying victory this week in the Mexican resort city.

She feasted all over the Ukrainian’s serve, scoring 14 break points – converting five – and benefitting from eight double faults from her opponent.

Barty will take on Canada’s Aleksandra Wozniak in her first round match.

“My first round (qualifying) match it was nice to get a win under the belt, and my (next) match against Lauren (Davis) was a little bit scratchy to begin with, but then I was able to find my range a bit more, and then today I played well,” Barty said.

“It’s really nice to fight your way through a few matches and get a fourth singles match tomorrow.”

It is the second WTA event the Australian teenager has qualified for in 2014, after reaching the main draw at the Brisbane International in January.

“Stolts (coach Jason Stoltenberg) and I have made a decision that we’re going to play a lot of quallies this year and try and get a lot of matches. It’s been great so far … I’m getting the matches that I want and the results we were looking for, so now it’s just a matter of making sure we pick the right tournaments that we want to play,” she said.

“Once we get a full schedule it will be the same. Making sure that we choose the right tournaments and don’t go overboard.

“I feel like if you play through quallies then you’ve really earned your spot in the main draw. The girls that you’re playing in quallies are really good opponents anyway. You feel like that’s where you belong in a way.

“I’ve always believed that if you have to be given a wildcard, you don’t belong in the tournament. So if you can get yourself into quallies then that’s where you deserve to be, and you’ve got to work your way through.

“So that’s a big part for us and we’ve got to continue to do the right things.”

Barty will take on Wozniak in the first match of Tuesday’s schedule on Court 1.