Australian teenagers Bradley Mousley and Ellen Perez have begun brightly with wins in the opening round of their respective Pro Tour events in South Australia. 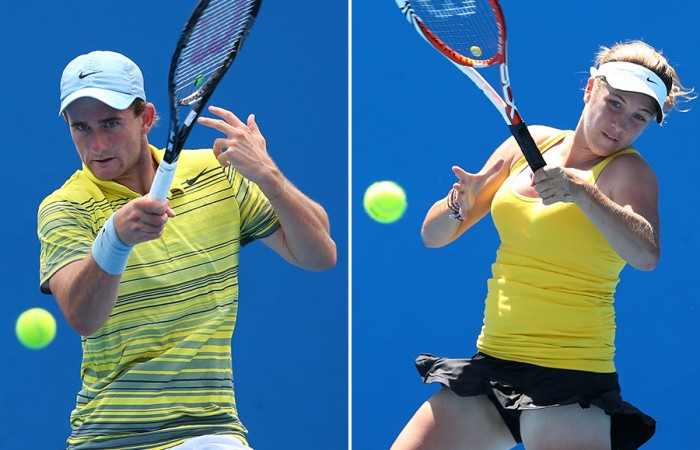 South Australian qualifier Bradley Mousley won through to the second round at the City of Onkaparinga Tennis International Pro Tour event with a straight sets win over fellow Aussie Adam Hubble on Tuesday.

Mousley, a recent semifinalist in the Australian Open boys’s singles event and champion in the doubles tournament, ousted Hubble 7-6(11) 6-3 and   faces a likely second round battle against No.1 seed Jamere Jenkins of the United States.

Wednesday’s schedule is headlined by first and second seeds Jenkins and Yasutaka Uchiyama of Japan in the singles, with doubles quarterfinals to be played later in the afternoon.

Meanwhile, Australian qualifier Ellen Perez has made her way swiftly past wildcard recipient and compatriot Samantha Harris at the City of Salisbury Tennis International Pro Tour event in South Australia on Tuesday.

First and second seeds Misa Eguchi and Hiroko Kuwata – both of Japan – will headline the singles action on Wednesday, with doubles quarterfinals to be played later in the day.