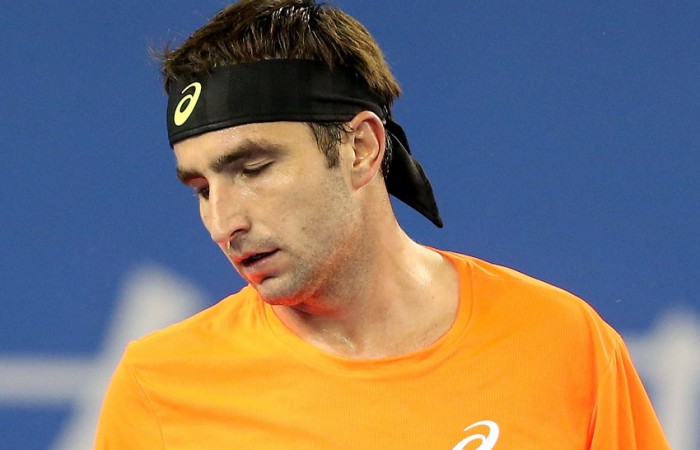 Czech Jiri Vesely made short work of 54th-ranked Matosevic with a 6-3 6-2 win.

Matosevic, who reached the semifinals last year in his Memphis debut, wasn’t the only seed to fall on the first day of competition in the $US647,000 ($A726,000) tournament.

US veteran Michael Russell rallied from a set down to beat seventh-seeded Michal Przysiezny of Poland 3-6 6-3 6-1.

Reigning champion Kei Nishikori of Japan is the top seed, but won’t launch his title defence until the second round after enjoying a first-round bye with second-seeded Feliciano Lopez of Spain, No.3 seed Lleyton Hewitt and fourth-seeded Lu Yen-Hsun of Taiwan.

He arrives in Tennessee for his title defence fresh from helping Japan reach the Davis Cup World Group quarterfinals for the first time with a 4-1 first-round victory over Canada earlier this month.