World No.1 Rafael Nadal admits the Australian Open final, which he lost to Switzerland's Stanislas Wawrinka, was "the worst hour and a half" he ever spent on a tennis court. 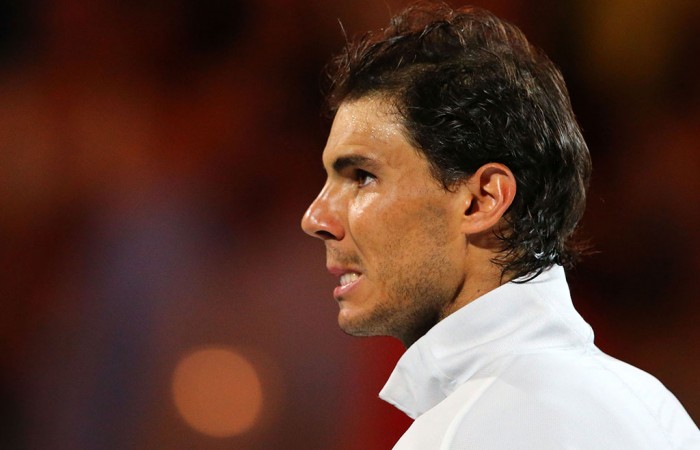 World No.1 Rafael Nadal admits the Australian Open final, which he lost to Switzerland’s Stanislas Wawrinka, was “the worst hour and a half” he ever spent on a tennis court.

The 27-year-old Spaniard, a 13-time Grand Slam champion, told COPE radio that he hasn’t got over his Melbourne performance.

“I knew I had no chance of winning, but I had no intention of retiring. It was the worst hour and a half that I have spent on a tennis court,” Nadal told the Spanish radio network on Monday night.

Nadal was seeking to become the first man in the Open Era – which began in the late 1960s – to win each of tennis’ four biggest titles at least twice.

The Spanish star, who sustained a back injury in the final of the year’s first Grand Slam tournament, said it had been a bit harder to recover from the loss in Melbourne than from other defeats.

“The soul is good. It wouldn’t be right to say I was not well after all the things this life has given me. I am a person that takes losses very well, I always have been, and I really do not think about them anymore after a few hours. This time it’s taking me a little more,” Nadal said.

He also said he planned to return to Davis Cup action to try to help keep Spain in the World Group of tennis’ premier international team competition.

The Spanish star said he had not yet decided whether he would play in next week’s tournament in Buenos Aires.

“I am fine. I underwent another examination today and I have continued the same treatment since I returned from Melbourne.

“I have not yet hit the court or done any exercise, I have been resting and have tried to do the right rehabilitation so I can get back on court as soon as possible, and my goal is to do it on Thursday,” Nadal said.

Nadal said he planned to play in the Davis Cup if he remained healthy, joining Spain’s team on court in September as it tries to stay in the World Group.