When Lleyton Hewitt eventually decides to hang up his racquet, he'll do so content Australia's Davis Cup future is in good hands. 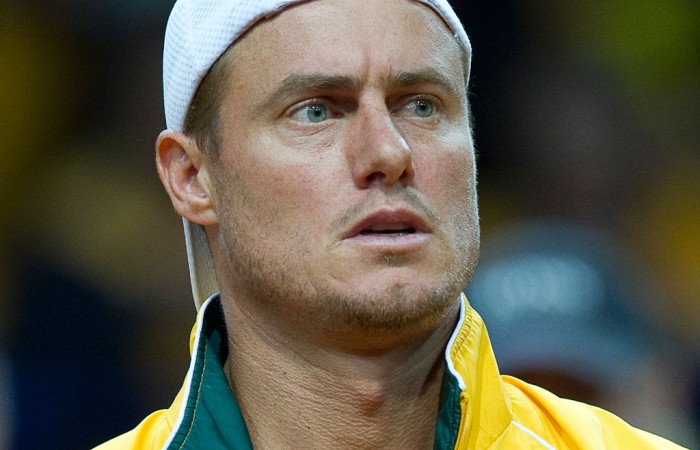 When Lleyton Hewitt eventually decides to hang up his racquet, he’ll do so content Australia’s Davis Cup future is in good hands.

Preparing for the World Group tie in France alongside the nation’s most promising young players has reassured Hewitt the outlook is bright for the 28-time champions.

The 32-year-old believes teenagers Nick Kyrgios and Thanasi Kokkinakis are the young talents Australian tennis has been crying out for in recent years and they, along with Bernard Tomic, can carry on the nation’s rich Davis Cup tradition.

Hewitt, a likely future Australian captain, has put no timeframe on his retirement but describes the emergence of Kyrgios and Kokkinakis as “good timing”.

“It would have been nice to have these young guys four or five years ago,” Hewitt said.

“But now … I don’t know how long I’m going to end up playing for and it’s good to have those guys backing me up towards the end of my career and then these guys can take over.

“With these two, and throw Bernie back in the mix who has performed big under pressure in Davis Cup, there’s definitely a squad building at the moment which is a positive going forward.”

Pat Rafter’s extended squad for the tie in La Roche sur Yon also includes 19-year-old Jordan Thompson and the Australian captain has been impressed by the attitude of his young players.

However he’s also pleaded for patience, warning they are in need of plenty of development before they can be consistent performers at the top level.

“These kids are young, they haven’t developed and they’re going to need time for their bodies to fully fit into the men’s game,” Rafter said.

“Every now and then you get a freak athlete like Nadal or someone like that at a young age but it’s not normal procedure for a kid to go down.

“So we’re very conscious of their development and of how hard we’re pushing them with what we do.”