Jake Lee and Zoe Theodorakopoulos were named most outstanding ballkids of Australian Open 2014 at a special on-court ceremony at Rod Laver Arena tonight. 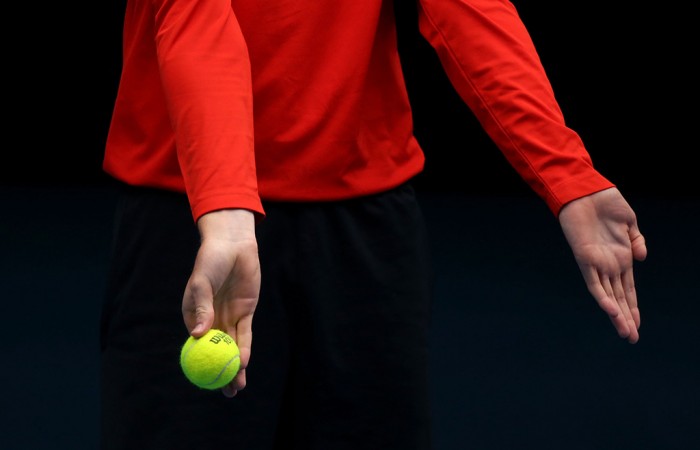 Jake Lee and Zoe Theodorakopoulos were named most outstanding ballkids of Australian Open 2014 at a special on-court ceremony at Rod Laver Arena tonight.

Lee, from Mill Park (Vic), and Theodorakopoulos, from Balwyn North (Vic), were each awarded a trophy and the opportunity to ballkid at both the women’s and men’s finals at Melbourne Park this weekend.

“It’s amazing, I wasn’t expecting it to be honest. I didn’t think I’d get it but it’s a good way to end my last year,” said 15-year-old Lee.

“I’m not quite sure what I did to get the award but I must have been doing something right.”

Theodorakopoulos, also 15, said she was honoured to receive the Top Ballkid award.

“This is big for me because when I first tried out to be a ballkid I didn’t get in, and now to be standing here and being top girl means a lot,” she said.

Theodorakopoulos said hard work was key to winning the award.

“Working hard and also having absolute concentration are really important,” she said.

The Top Ballkid awards are presented to the ballboy and ballgirl who have demonstrated exceptional performance and conduct both on and off the court.

“Jake and Zoe showed exceptional dedication in their role as ballkids. They are hard workers and set a great example for the other ballkids in the squad,” he said.

Lee and Theodorakopoulos are part of a 380-strong squad selected from across Australia, China and Korea to act as ballkids at Australian Open 2014.

Australian Open ballkids are renowned on the world tennis circuit for their on-court skills and professionalism. Ballkid applications for Australian Open 2015 are open now until 2 March 2014 at ausopen.com.