There are some players that thrive on the contest, that love the fight. Kimberly Birrell is fast earning a reputation as one of those players. Today she won through to the semifinals to the girls' singles at the Australian Open. 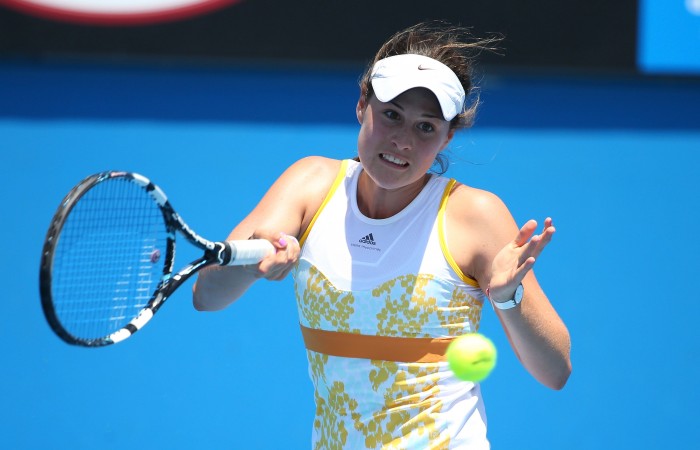 There are some players that thrive on the contest, that love the fight. Kimberly Birrell is fasting earning a reputation as one of those players.

Today Birrell won her fourth match in the girls’ singles at the Australian Open to advance to the semifinals.  Three of those four matches have been gruelling three-set affairs that have lasted over two hours, but that is not worrying Birrell in the slightest.

“I’ve had so many three-set matches that I think now that any time it goes to a third set, it works in my favour,” Birrell said after coming from behind to defeat Polish 10th seed Anastasiya Komardina 6-7 (7) 6-1 6-3.

After going down in a titanic first-set tiebreak, Birrell was forced to mentally regroup and attempt to haul back the ascendency, something she admits wasn’t easy.

“It’s not easy, I had three set-points in the first set too, so it was a bit disappointing not being able to get those but as soon as that happened, I just had to put it behind me and concentrate on winning the next point and the next set.”

And that was exactly what the 15-year-old did, with great success too, all the time being supported by a vocal crowd who desperately wanted to get the Queenslander over the line.

“The crowd were amazing.

“It’s a pretty crazy feeling hearing your name being chanted out.

“You try to have four walls around you when you play, but having that in the back of your head definitely helps a lot.”

Birrell managed a first serve percentage of 58% today which is slightly below her tournament standard; she plans on wasting no time in ensuring it is spot-on for tomorrow’s semifinal.

“Down on that court (Show Court 3), I think it gets a little bit swirly with the wind. My serve wasn’t quite as good today.

“I’m going to go back out on the practice court this afternoon just to see if I can improve that a bit for tomorrow.”

Awaiting Birrell in the semifinal is Croatian Jana Fett, an opponent who she has never played.

“I don’t really know her too much. But my coach and I will sit down tonight and have a talk and come up with a game plan for tomorrow.”