Bradley Mousley will use the advice and encouragement of reigning Australian Open boys' champion Nick Kyrgios to help him try to make it a hat-trick for Australia this week. 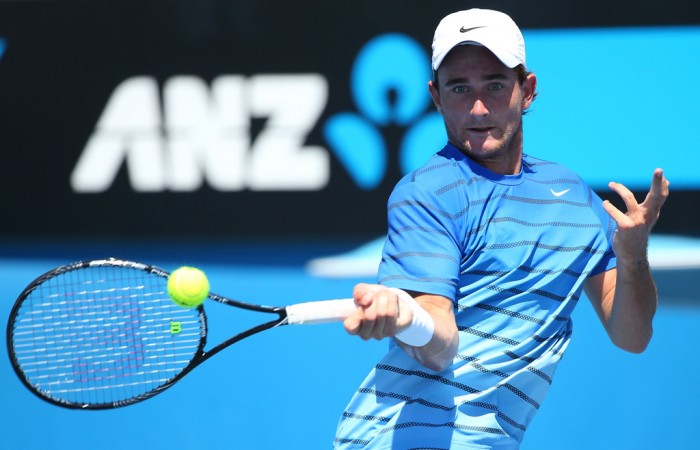 Bradley Mousley will use the advice and encouragement of reigning Australian Open boys’ champion Nick Kyrgios to help him try to make it a hat-trick for Australia this week.

Mousley won through to the junior semi-finals on Thursday to be two victories away from joining fellow Australians Luke Saville, the 2012 winner, and Kyrgios on the champions’ honour board.

He said Kyrgios in particular was in daily contact and, even though he flew out for Paris on Thursday, would continue to provide the benefit of his experience.

“He’ll help me out. He’ll pump me up, even though he’s not here,” Mousley said.

“He’ll text me and give me some advice, how to go and what to do and try to pump me up for my match.”

Mousley, who beat Polish ninth seed Kamil Majchrzak 6-3 6-4 in a quarter-final on Thursday, will face world No.1 junior Alexander Zverev in Friday’s semi-finals.

He lost a close encounter with the 16-year-old German in England last year, but believed he could turn the tables.

“I’m not too worried that he’s No.1 in the world. I think I’ll be okay to get through if I stick to my game,” he said.

Mousley will also be aiming to make it back-to-back Australian Open boys’ doubles titles when he partners Austrian Lucas Miedler in Friday’s final.

Miedler was one half of the team Mousley and fellow Australian Jay Andrijic beat in last year’s decider.