Certain ovations are reserved for the true legends of a sport so when Rod Laver was brought onto court to hit a few balls with Roger Federer on Tuesday night, it was enough to bring a tear to the eye of Federer’s wife Mirka. 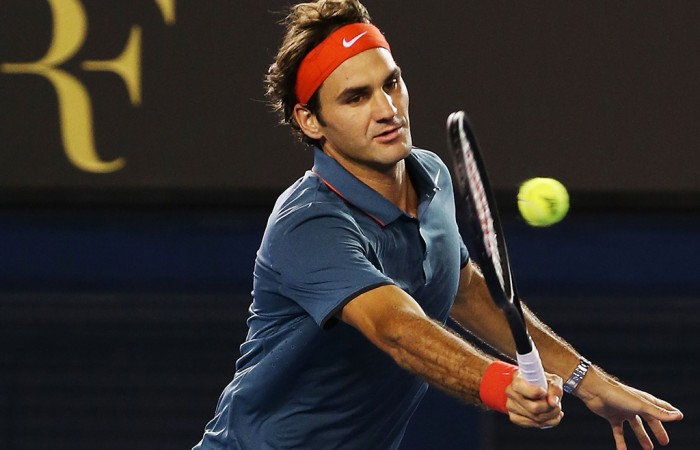 Certain ovations are reserved for the true legends of a sport so when Rod Laver was brought onto court to hit a few balls with Roger Federer on Tuesday night, it was enough to bring a tear to the eye of Federer’s wife Mirka.

> Watch highlights of the night here

The magnitude of Australian great Laver’s influence on the sport is not lost on Federer and the Swiss great was humbled to have his idol participate in the charity night celebrating 10 years of the Roger Federer Foundation.

Before a near packed crowd on the centre court named in Laver’s honour, a contingent of Australian influences on Federer’s career were brought onto court. First, his long-time rival Lleyton Hewitt, then former coach Tony Roche, who guided him to six of his 17 majors. Pat Rafter – a player who has the enviable honour of having never lost to Federer – followed and admitted while they only played once, it was so early on in his opponent’s career that he was “barely out of nappies.”

Federer’s opponent for the charity match, French world No.10 Jo-Wilfried Tsonga, made his entrance but without doubt the loudest cheers came when Federer greeted Laver.

“Well I was nervous and then he came out and I tried to keep the ball in play. I was able to do that. It was just a dream come true to be able to play some balls with him, spend time with him, speaking to him, he’s such an inspiration and has such a big impact on the game of tennis particularly here in Australia and it’s very, very special for all of us,” Federer said.

For the record, Federer won the hit-out with Tsonga 6-7(5) 6-3 7-5, but the true focus was on Federer’s foundation, with the televised event and resulting donations raising more than $1 million on the night.

“It’s something that’s very close to my heart, (I’m) very emotionally attached to it,” Federer said. “For me to reach 10 years already is a great deal because I’m happy I was able to start it so early … My mum has been the big inspiration behind me starting the foundation from a very young age and in 10 years of the foundation we’ve reached about 86,000 kids, so far, who are poorly educated.

“We have an ambitious goal to reach 1 million kids by 2018 and an event like this is obviously going to help in a great way.”

Donate to the Roger Federer Foundation.