Hewitt back as Australian No.1

A month shy of his 33rd birthday, father-of-three Lleyton Hewitt is back as Australian No.1 following his earth-moving victory over Roger Federer. 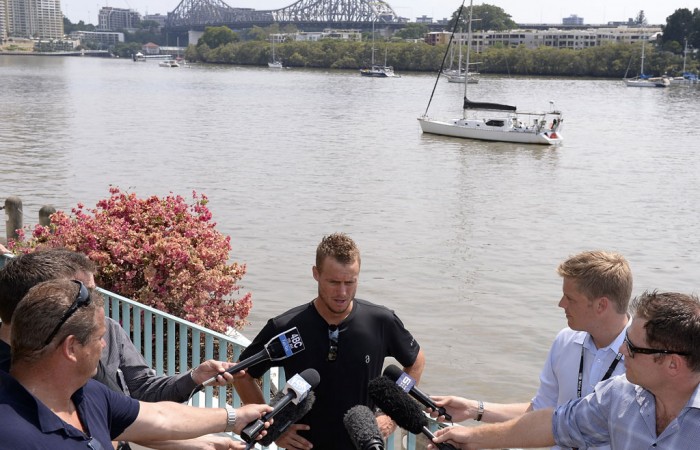 A month shy of his 33rd birthday, father-of-three Lleyton Hewitt is back as Australian No.1 following his earth-moving victory over Roger Federer.

And not even a successful title defence from Bernard Tomic at this week’s Sydney International can deny Hewitt the honour of spearheading the local assault at the Australian Open.

Hewitt’s Brisbane International triumph – his first ATP title in Australia in almost a decade – catapulted the former world No.1 from 60th to 43rd in the new rankings released on Monday.

Tomic dropped one spot to No.52 and must deliver an impressive encore in Sydney to avoid falling further ahead of the season’s first Grand Slam in Melbourne starting next Monday.

The 21-year-old could drop outside the world’s top 70 with an unsuccessful campaign in Sydney and will also be under pressure to defend a bunch of points from reaching the third round at Melbourne Park last year.

Hewitt has no such concerns.

The baseline warrior is back inside the top 50 for the first time since 2010 and has a great opportunity to climb higher up the rankings having no points to defend in Melbourne after a first-round defeat in 2013.

Like Tomic, Hewitt’s rankings goal now will be to crack the top 32 by mid-year to ensure he is seeded at Wimbledon in June.