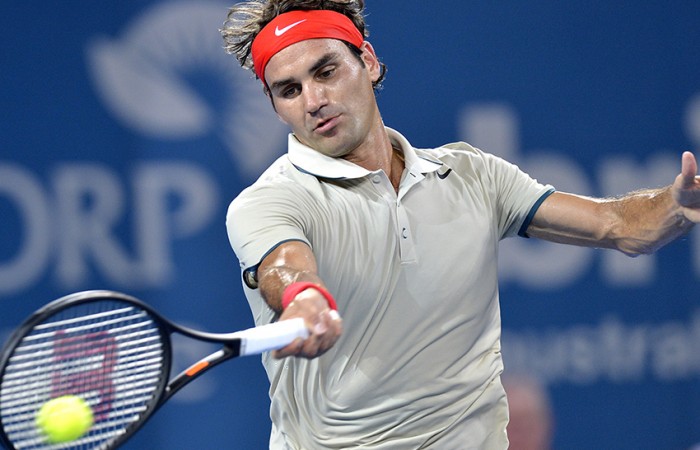 World No.61 Matosevic had the 17-time Grand Slam winner in trouble early when he held three break points in the opening game.

However, 32-year-old Federer was never threatened again as he cruised to victory in just 57 minutes and booked a semifinal showdown with eighth seeded Frenchman Jeremy Chardy on Saturday.

Matosevic was one of three Australians who contested a men’s quarter-final in Brisbane on Friday – the first time it had occurred at an ATP Tour event in 10 years.

However, Lleyton Hewitt was the last Australian standing in Brisbane after proving too good for Romanian qualifier Marius Copil, racing to a 6-4 6-2 quarterfinal win in an hour and 11 minutes on Friday.

Hewitt will meet second seed Kei Nishikori on Saturday after the world No.17 outlasted Croatia’s Marin Cilic 6-4 5-7 6-2 in a quarterfinal that lasted more than two and a half hours in Brisbane’s sweltering afternoon heat.

Federer has fallen to world No.6 after a lean 2013 in which he failed to make a major final for the first time since 2002.

However, Federer is backing himself to have a tilt at a fifth Australian Open crown after a rare, untroubled off-season and adding tennis great Stefan Edberg to his coaching staff for 2014.