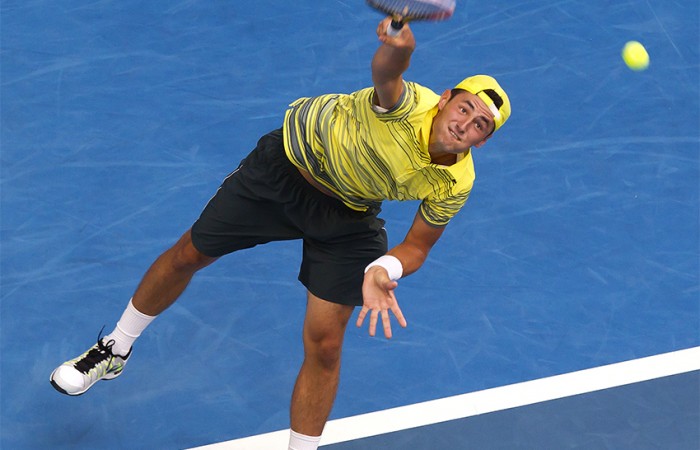 Tomic was ruthless in the 19-minute first set, losing just three points on his serve to grab the early advantage.

World No.288 Panfil displayed more fight in the second set, but Tomic had far too much class as he wrapped up the match in 53 minutes.

Tomic won two of his three singles matches in Perth this year and felt he was well prepared to defend his Sydney International title.

“I’m happy with this confidence leaving for Sydney,” Tomic said.

“If I have the chance to start the tournament well there I think I can defend it. But there’s a lot of good players during Sydney, I’ve got to prepare well.

However, Australia couldn’t the final after losing to Canada and Italy earlier in the mixed-teams tournament.

Poland went through to Saturday’s final after beating Australia in the women’s singles rubber and mixed doubles.

Canada secured a 3-0 tie win over Italy earlier on Thursday after Flavia Pennetta was forced to retire from her match against Eugenie Bouchard due to a wrist injury.

World No.11 Milos Raonic beat Andreas Seppi 6-2 6-4 in the men’s singles rubber, and Canada were also awarded wins in the women’s singles and the mixed doubles when Pennetta withdrew while trailing 4-0 in the first set against Bouchard.