World No.18 Tommy Robredo has withdrawn from Hyundai Hopman Cup 2014 due to a right arm injury. 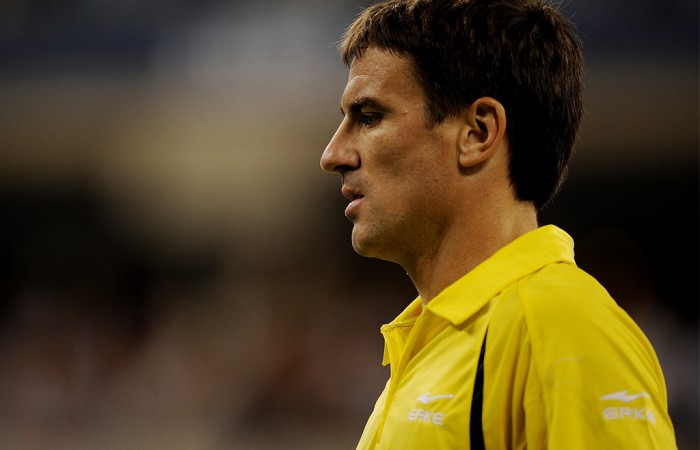 World No.18 Tommy Robredo has withdrawn from Hyundai Hopman Cup 2014 due to a right arm injury.

The 31-year-old had been completing his final preparations for the Australian summer before suffering the setback. The Spaniard had a landmark 2013 surging from outside the top 100 to inside the top 20 in 12 months and winning titles in Umag and Casablanca.

“I was excited to play the Hyundai Hopman Cup but an injury to my arm has given me no choice but to withdraw from the event,” said Robredo.

“I wish I could be there to play with Anabel [Medina Garrigues] and help defend the title for Spain.”

Daniel Munoz-De La Nava will replace Robredo and partner Anabel Medina Garrigues when Team Spain goes head-to-head with the Czech Republic in their first round robin match on Sunday.

Munoz-De La Nava qualified for the Australian Open and the French Open earlier this year while also competing on the Challenger circuit. He is currently ranked 194 in the world.

“It would have been a nice opportunity to team up with Anabel and help defend the title. Hopefully Tommy can recover in enough time to make it to Melbourne for the Australian Open. We wish him well over the coming weeks,” added Kilderry.

Hyundai Hopman Cup starts tomorrow with Poland taking on Italy at 10:00 am AWST before Australia faces Canada in their first clash from 5:30 pm AWST. All the action will be broadcast live around Australia on 7mate.