Today marks exactly one month until the Australian Open begins, and more than 500 of the world’s best will descend on Melbourne Park from 13-26 January 2014. 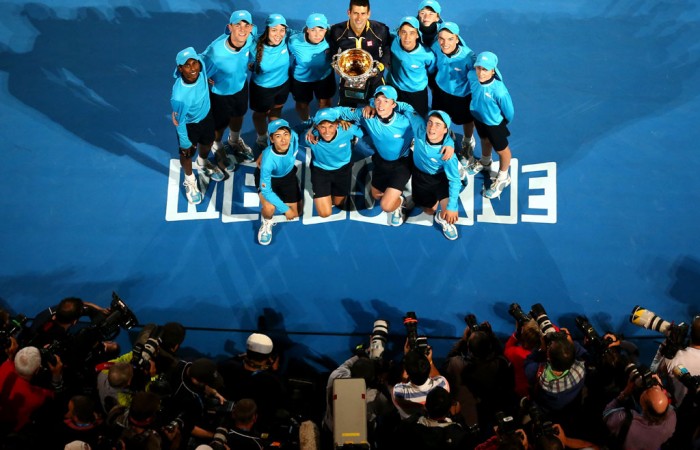 Today – Friday 13 December – marks exactly one month until the highly anticipated Australian Open begins, and more than 500 of the world’s top tennis talent start the contest for Grand Slam honours at Melbourne Park from 13-26 January 2014.

Tennis Australia CEO Craig Tiley has urged fans to get in early to purchase tickets. With the forecast predicting warm weather and perfect tennis conditions for the two-week tournament, demand is already strong and sales ahead of schedule.

“This year more than 686,000 spectators came to the Australian Open and we can’t wait to welcome tennis fans again in 2014,” Craig Tiley said.

“Australian Open tickets make the perfect gift for friends and family, and there’s an option available for everyone to share in the excitement and action of our Grand Slam, the biggest sporting event in the world during January.”

Ground passes, at just $34.90, are renowned for being the best value sporting ticket in Australia, and tickets for Hisense Arena, where Andy Murray, David Ferrer, Jo-Wilfried Tsonga, Li Na, Maria Sharapova and Serena Williams treated fans to electrifying on court action in 2013, start at $54.90, an affordable way to see the big names go head to head.

And big names they are – Rafael Nadal, who made an inspirational come back from injury this year, is a major contender to win the Australian Open for the second time. It will be tough to get past defending champion Novak Djokovic and three-time finalistAndy Murray, and Roger Federer is a formidable talent.

Top Aussie Bernard Tomic has achieved some of his best results in Melbourne and the ‘never-say-die’ attitude of Lleyton Hewitt makes him a dangerous early opponent.

With two majors under her belt in 2013, Serena Williams comes into the Australian summer looking pretty invincible.

Maria Sharapova is on the comeback trail after a shoulder injury and defending champion Victoria Azarenka will have her heart set on a third consecutive Australian Open title. Li Na, a 2013 finalist, is a fan favourite and the likes of Agnieszka Radwanska and Caroline Wozniacki are keen for their first Grand Slam titles.

World No.19 Sam Stosur has changed her AO preparation, opting for three guaranteed matches at the Hyundai Hopman Cup in Perth, followed by a tilt at the Hobart International.