South Australia, New South Wales, Queensland and New Zealand have come away victorious in the finals of the 14/u and 12/u Australian Teams Championships. Mildly humid weather and intermittent rain threatened to interfere with play as the 12/u and 14/u Australian Teams Championships finals played out at Melbourne Park on Sunday.

Yet it didn’t seem to affect the South Australian 14/u girls’ team.

Clinching success in each of their singles rubbers over NSW’s Maria Vais and Alexandra Bozovic 7-6 6-0 and 6-2 7-5 respectively, Petra Hule and Jeanette Lin played out a dead doubles rubber against Vais and Brooke Winley to finish off the day.

“Today felt like we were more just playing for fun, rather than to win the teams event,” Lin reflected after the doubles rubber.

“Even when we were down, we were kind of just thinking that this isn’t really about winning or losing. We just played for our friends, for each other. It was just heaps of fun.”

Having played together in the 12/u teams event in 2011, the South Australian girls were excited to have made the final and were much happier with their overall performance this year.

Amid the lovely atmosphere at Melbourne Park where family and friends cheered on their charges from the sidelines, the New South Wales 14/u boys’ team faced up to their opponents from Queensland. 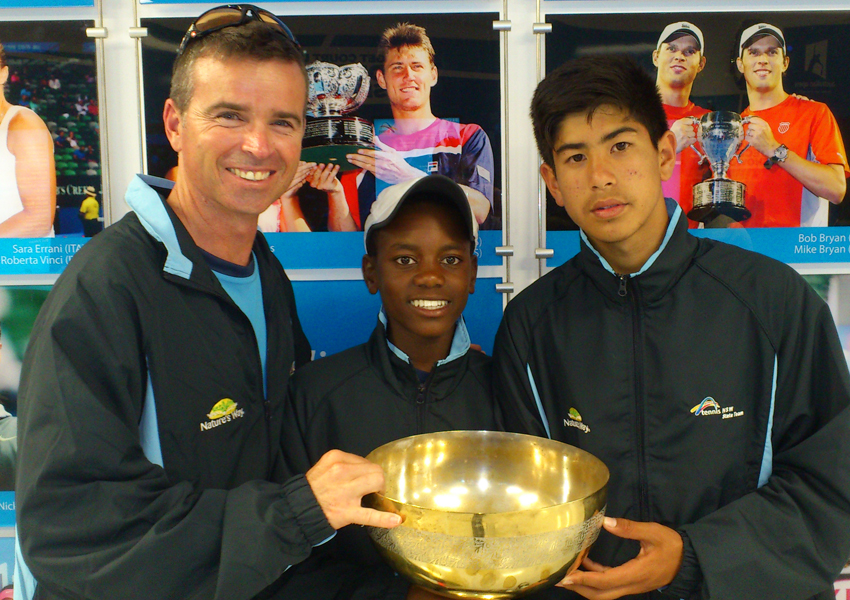 In the 12/u teams final on court 19, charismatic 11-year-old Queenslander Dane Sweeny, displayed impressive shotmaking instincts from the back of the court and at net, all the while exhibiting fantastic sportsmanship. He swept to a 7-5 6-3 victory over Rinky Hijikata of New South Wales.

NSW’s Nikita Volonski refused to give up, taking the final into a deciding rubber with victory in the second singles rubber.

Yet Sweeny teamed up with Rocco Taplin to win the doubles rubber 6-1 6-2 and seize the Rod Laver Cup for Queensland.

In the 12/u girls’ final, New Zealand stormed to a comfortable lead after Valentina Ivanov’s 6-4 6-0 triumph over South Australia’s Amber Marshall.

The South Australians fought back as Isabella Ryles dominated play in her match againt Tharubphet Homkrum, but the New Zealanders proved too strong, breaking away in a three-set doubles win 0-6 6-3 [10-6].