The 2013 year in Australian tennis was celebrated by players past, present and future at Crown Casino’s Palladium Ballroom on Monday night. 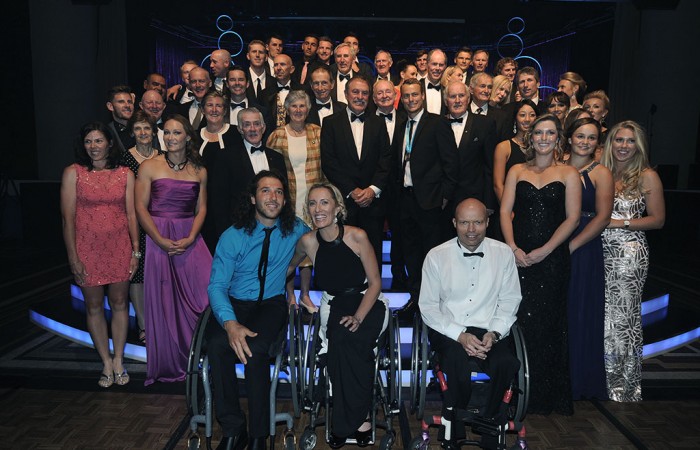 The 2013 year in Australian tennis was celebrated by players past, present and future at Crown Casino’s Palladium Ballroom on Monday night.

Tim Campbell and the Tim Campbell Band set the tone early, while Aria award winner Jessica Mauboy was in winning form later in the evening.

Players including Rod Laver, Sam Stosur, Jarmila Gajdosova and David Hall were on hand to present winners with their Australian Tennis Awards, while legend John Newcombe handed over the medal named in his honour to Lleyton Hewitt.

It wasn’t just the players who were recognised, coaches, officials and volunteers took centre stage alongside the greats of the game as their efforts were recognised in front of more than 600 people.

Young star Ash Barty underlined her credentials as a future star by winning her fourth consecutive Most Outstanding Female Junior award, making her the only person to claim four Australian Tennis Awards.

“Four’s pretty exciting, in a row. It’s amazing to have another good year and just to be able to get a few more wins, it’s great,” said Barty who received her award from three-time Newcombe Medalist Sam Stosur.

“I think Ash has had another great year,” said Stosur. “Playing Fed Cup and playing that live rubber to get us through was really exciting … and Ash definitely has a huge future ahead of her.”

Barty was joined by Nick Kyrgios, who won the Most Outstanding Male Junior award, off the back of a season that included a junior Grand Slam championship, at the Australian Open, and his first Grand Slam main draw win at Roland Garros.

“It obviously means a lot, for my hard work throughout the year – I’ve done a lot of hard work on the court and in the gym,” said Kyrgios.

“To be nominated for this award it’s a great achievement. It’s a great night and it’s a great day for Australian tennis as well [for] everyone to be recognised, it’s very important.”