Venus to star at Hobart International

Former world No.1 Venus Williams has today confirmed she will play at the Hobart International 2014. 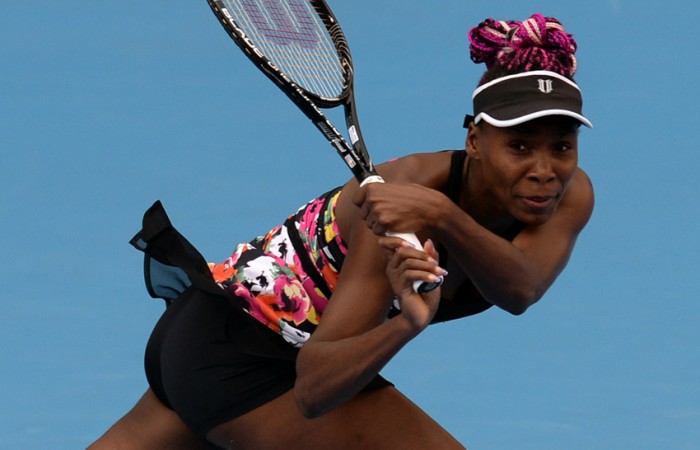 Former world No.1 Venus Williams has today confirmed she will play at the Hobart International 2014.

The seven-time Grand Slam champion is excited to make her debut at the Tasmanian tournament in the new year.

“I’ve never played in Hobart before, I hear it’s a very beautiful city and I can’t wait to meet my fans there,” said Williams.

“The tournament is played on the same surface as the Australian Open, so it will be great place to get some good match practice against tough opponents before I head to Melbourne.

“I’ve heard from other players on the tour that Hobart is a great event and I am really looking forward to competing,” continued Williams, who has won an impressive 44 career singles titles.

Hobart International Tournament Director and Executive Director of Tennis Tasmania, Mark Handley, is delighted Williams will make her first Hobart appearance at 2014 tournament and says she will add star power to the line-up.

“We are thrilled Venus has chosen to play at the Hobart International 2014,” he said.

“Venus is a sustained superstar of world sport and we are wrapped she will be able to display her Grand Slam winning talent in Hobart.

“This will be the first time she has made the journey to Tasmania and we look forward to welcoming her to Hobart and to help her prepare for the Australian Open.

“With both Sam Stosur and Venus now confirmed to compete in the event, we’re excited to showcase these two amazing athletes to the Tasmanian community at the Hobart International.”

Premier of Tasmania, The Hon. Lara Giddings, is equally as excited to be welcoming Williams to Hobart this summer.

“The Tasmanian tennis calendar gets more exciting by the day,” Ms Giddings said.

“Today’s announcement that Venus Williams will play the Hobart International means Tasmanians will get to see some of the giants of world tennis right here on their doorstep.

“It complements news last month that Sam Stosur will play the tournament as part of her preparation for the Australian Open.

“And, of course, we wait with baited breath to hear which Russian superstars will make up the team for the Fed Cup in February.”