UPDATE: Sam Stosur has appointed Miles Maclagan as her new coach and will begin working with the Brit as she prepares for her Australian summer campaign. 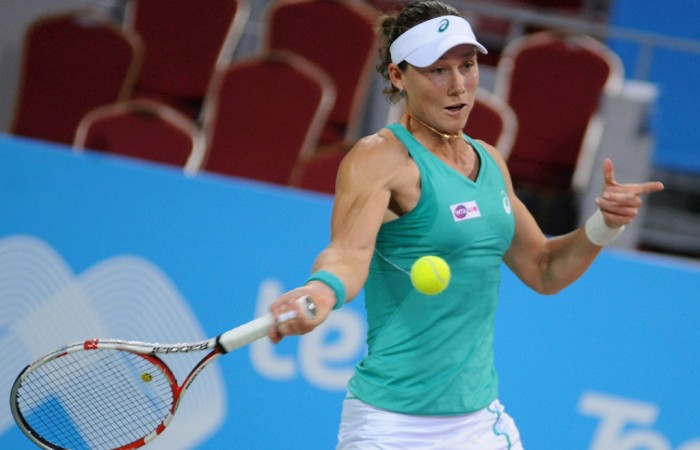 Sam Stosur has appointed Miles Maclagan as her new coach and will begin working with the Brit in December in Sydney as she prepares for her Australian summer campaign.

Maclagan has coached some high-profile players in the past, including fellow Brits Andy Murray and Laura Robson, as well as Cypriot Marcos Baghdatis and Germany’s Philipp Kohlschreiber.

Several coaches expressed interest in working with the Australian 29-year-old and although she was flattered, Stosur said that Maclagan was the coach with whom she most wanted to work with.

“I have seen Miles for many years on the tour working with players and have always been impressed by his work ethic and approach to the game. The tour is pretty tight knit community so we get to see each other like in any other work environment,” she said.

“My manager (Paul Kilderry) has known Miles for many years and I also thought that he ticked all the boxes that I was looking for in a coach. Once we started looking, Miles was my first choice.”

Stosur parted ways with her coach of six years, David Taylor, just prior to the US Open in August, and has since been travelling without a coach.

The world No.18 enjoyed some late-season success in that period, reaching three consecutive WTA finals to close out the season, winning the first of those three in Osaka.

She will begin her 2014 season by representing Australia alongside Bernard Tomic at the Hyundai Hopman Cup, before travelling to the Hobart International in the week prior to Australian Open 2014.

“I am excited to work with a new coach and get some fresh insight into my game,” Stosur revealed.

“Travelling without a coach for the past couple of months has given me an insight into what I need and also has forced me to think about my game a lot more, rather than relying on other people. I hope that Miles can help me play consistent high level tennis.

“I do not think I need someone to completely change my game, but rather just add little pieces.”