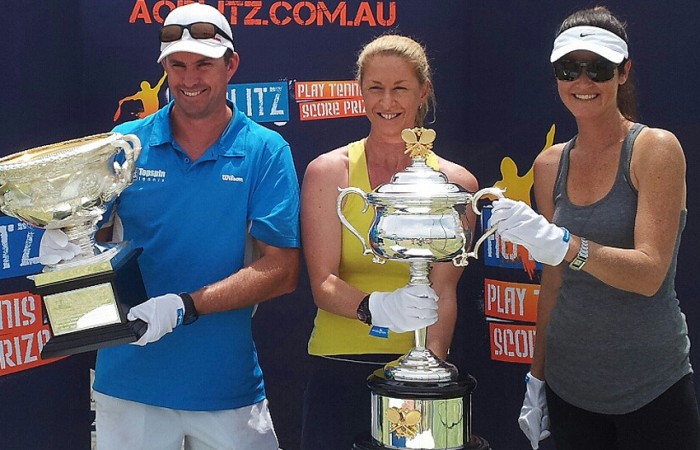 Tennis took centre stage in Newcastle when the AO Blitz roadshow rolled into the New South Wales city on 2 November.

A highlight of the AO Blitz activation at the town’s Top Spin Tennis Centre was a Cardio Tennis celebrity demonstration, as well as a coinciding junior tournament at the venue.

“It was heaps of fun,” Musgrave Edwards said. “I have done a Cardio Tennis course but this was the first time I have done a class and I loved it.”

Read the full story at aoblitz.com.au.