Stosur satisfied with strong finish to 2013

Sam Stosur is taking comfort from a strong finish to a her tough season after signing off 2013 in a third consecutive tournament final. 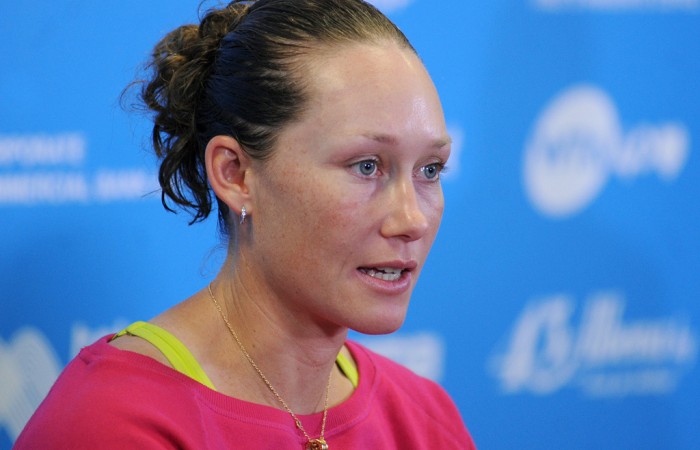 Sam Stosur is taking comfort from a strong finish to a tough season after signing off 2013 with a third consecutive tournament final.

Fast-rising Romanian Simona Halep again proved Stosur’s nemesis, defeating her 2-6 6-2 6-2 in the title decider at the season-ending WTA Tournament of Champions in Sofia.

Stosur, Australia’s former world No.4, will finish with a year-end ranking of No.18 – the first time in three years she’s ended the season outside the top 10.

The 2011 US Open winner’s Grand Slam season was a disappointment, falling in the second round of the Australian Open, the last 32 at Roland Garros and Wimbledon, and the opening round of the US Open.

But she signed off the year in style by making three straight finals, winning in Osaka before losing deciders to the 22-year-old Halep in both Moscow and Sofia.

Stosur’s title in Osaka was her second of the year – and fifth of her career – after having also upset Victoria Azarenka in the final in Carlsbad in early August.

Her recent conqueror Halep has become one of the form players on tour, claiming her sixth title of the season and finishing the year as world No.11.

Stosur was looking forward to heading home to Australia for a well-earned holiday before resuming fitness training ahead of the Australian summer season to start 2014.

“She got me a couple of weeks ago in Moscow, and again it was very hard today – but I’m happy with the week I had.

“Now I’ll take a break and then think about next season in a few weeks when I start training again.”