Ana Ivanovic has beaten Sam Stosur in three sets on Thursday at the season-ending WTA Tournament of Champions in Bulgaria. 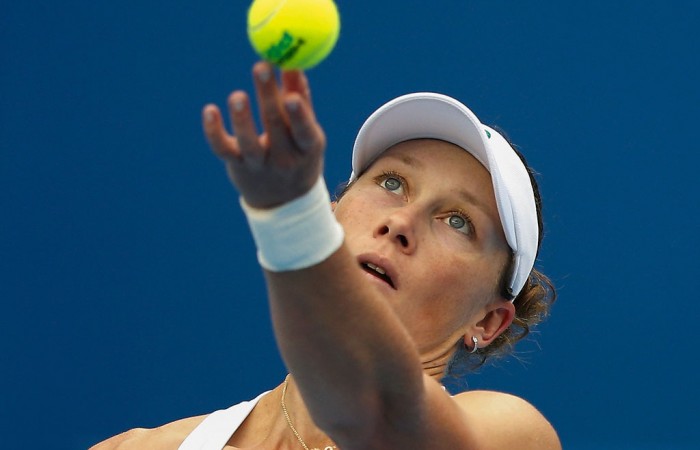 Ana Ivanovic overcame Australian Sam Stosur in three sets on Thursday for her second straight victory in the group stage at the season-ending WTA Tournament of Champions in Bulgaria.

The two-time tournament winner and former world No.1 played aggressively to win the opening set 6-2 in just 30 minutes.

She will play Russia’s Elena Vesnina on Friday with both players still trying to secure a spot in the semifinals.

Vesnina outlasted Bulgaria’s Tsvetana Pironkova 6-2 4-6 6-0 for her first victory at the tournament.

Stosur next faces Pironkova; a win will secure the Aussie’s spot in the semifinals, regardless of whether it comes in two or three sets.