Sam Stosur and Bernard Tomic will fly the flag at big European tournaments this week while Jarmila Gajdosova makes a heartening comeback in China. 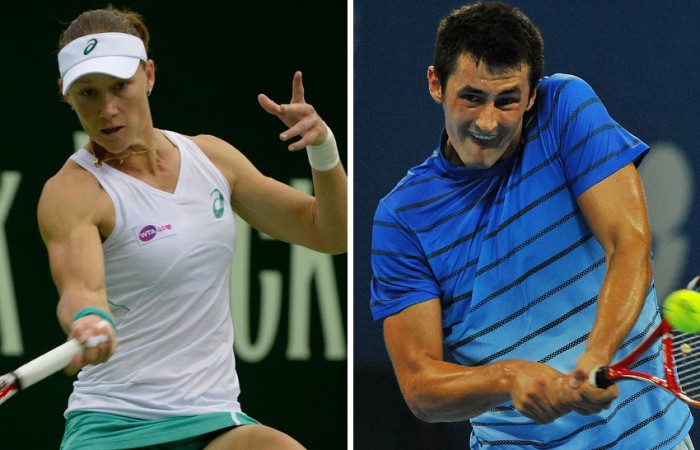 Australian No.1s Sam Stosur and Bernard Tomic will fly the flag at big European tournaments this week as the WTA and ATP seasons approach the end for 2013.

Stosur is in action in Sofia, Bulgaria for the WTA Tournament of Champions, an eight-player invitational round-robin event open to the six highest-ranked players who won a WTA International-level title in 2013 – and who didn’t contest the WTA Championships in Istanbul – plus two wildcards.

Stosur’s qualification came about following her recent victory at the HP Japan Open in Osaka, and currently ranked world No.19, she’s the fourth-highest ranked player in the field behind Simona Halep, Ana Ivanovic and Maria Kirilenko.

Tomic has battled his way through into the ATP Paris Masters by way of qualifying, winning two matches to take his place in the main draw.

The wins helped Tomic snap a four-match losing streak, and should fill him with some much-needed confidence as he lines up against Spanish veteran Feliciano Lopez in his opening match.

Across in Asia, making a heartening return this week to competition is Jarmila Gajdosova, who will feature in the draw of the WTA’s 125K series event in Nanjing, China.

The 26-year-old has been sidelined since April as she recovered from the debilitating effects on mononucleosis, also known as glandular fever.

Like Tomic, Gajdosova won two matches in qualifying – both in straight sets – to take her place in the main draw, where she will face a tricky opener in the form of Taiwan’s Su-Wei Shieh, who won the prestigious WTA Championships doubles title at the weekend in Istanbul.

Meanwhile, on home soil, several of Australia’s established and up-and-coming stars will do battle at $50,000 Pro Tour events in regional Victoria; the men head to Traralgon while the women remain for the second straight week in Bendigo.