The latest positive to come out of Sam Stosur's brilliant month of October has been her qualification for next week's WTA Tournament of Champions in Sofia. 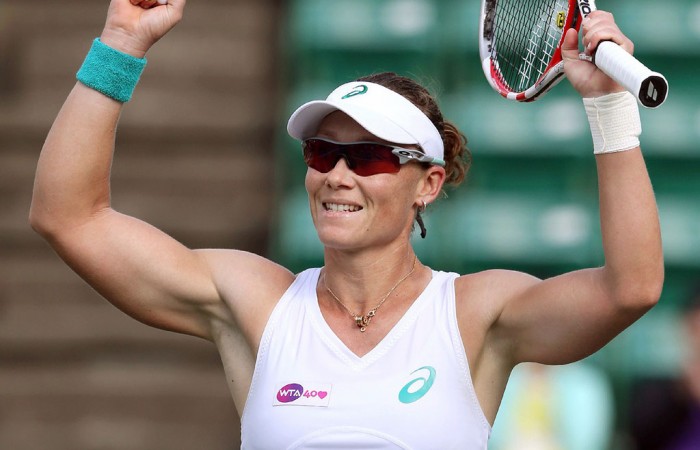 After a season which she has described as “up and down” and one during which she feels she hasn’t been able to build much momentum, Sam Stosur is certainly finishing it strongly.

The latest positive to come out of her brilliant month of October has been her qualification for the WTA Tournament of Champions in Sofia.

While the Australian has for the past three seasons contested the more prestigious WTA Championships as one of the world’s elite eight players (in 2012 she was an alternate ranked ninth, but still played two matches), taking part in the season-ending decider in the Bulgarian capital will be a nice way to cap a challenging year on tour.

“I am not too sure what to expect but I have only heard good things about Sofia. Istanbul is the ultimate reward for the players at the end of the year, but Sofia is a great challenge for me to finish off the year on a good note and also earn valuable points for next year,” Stosur said.