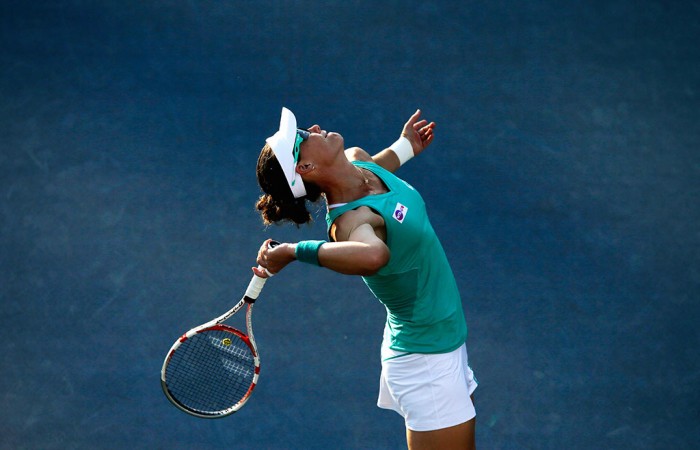 This will be the first time the Queenslander has played at the tournament since 2004 and she is looking forward to returning to Tasmania.

Stosur regards the event as great preparation for the Australian Open and the upcoming Fed Cup tie against Russia in Hobart next February.

“It will be fun to start my year a little differently, I’ll play at the Hopman Cup in Perth followed by Hobart,” said the 2011 US Open champion.

“Hobart is a tournament that I’ve always enjoyed playing at and I know I’ll face some tough competition there ahead of the Australian Open.

“I’m also looking forward to getting some match practice there before we play the Fed Cup at the same venue, it may give me the edge over the Russians,” the world No.19 added.

Stosur, who has claimed five WTA career titles and has previously played in Hobart on two occasions (2002 and 2004), has enjoyed a successful 2013 season.

This July she won the Southern California Open after defeating two-time Australian Open champion and current world No.2 Victoria Azarenka in the final. Then earlier this month Stosur claimed her second title for the year at the Japan Open, downing Canadian rising star Eugenie Bouchard in the final.

Stosur is the first player to be announced for the Hobart International 2014, and Tournament Director and Executive Director of Tennis Tasmania, Mark Handley, believes she will be a popular and exciting addition to the line-up.

“We are thrilled Sam has chosen Hobart as her penultimate event ahead of the Australian Open,” Handley said.

“The Hobart International has a proven track record of providing an environment for players to put the finishing touches on their games ahead of the first Grand Slam of the year.

“Most recently with Hobart International 2013 semifinalist Sloane Stephens, who completed a blockbuster run to the Australian Open semifinals.

“As Australia’s leading female tennis player and one of the world’s elite sportswomen, the local community will be presented with a real treat, as we watch and support Sam through a week of high quality tennis in our own backyard,” Handley continued.

Premier of Tasmania, The Hon. Lara Giddings welcomed the announcement, which will provide a further boost to Tasmanian tourism this summer.

“The fact Sam has chosen to play the Hobart International as her last warm-up before the Australian Open is a credit to the tournament’s growing reputation, the quality of the Domain Tennis Centre facilities and the efforts of the event’s organisers.

“This major coup follows the announcement earlier this month that Hobart will host a round of the Fed Cup against Russia in February.

“Tasmania will play host to a festival of tennis this summer, which is expected to provide a significant boost to our tourism industry and the wider economy,” Ms Giddings continued.

Hobart International 2014 tickets are on sale now from Ticketek. Tickets can be purchased: