Azarenka and Lisicki to play in Brisbane

World No.2 Victoria Azarenka and Wimbledon 2013 finalist Sabine Lisicki, have confirmed they will play at the Brisbane International presented by Suncorp in 2014. 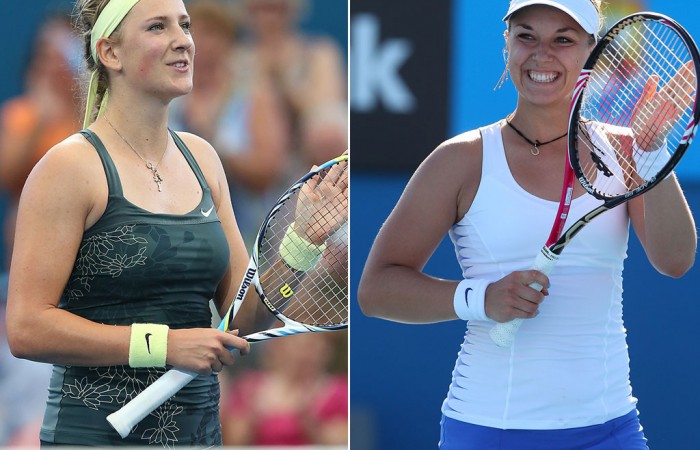 World No.2 Victoria Azarenka and Wimbledon 2013 finalist Sabine Lisicki, have confirmed they will play at the Brisbane International presented by Suncorp in 2014.

Azarenka, a two-time Australian Open champion, who won the inaugural Brisbane International women’s title, is excited to be returning to the river city.

“I always enjoy spending time in Queensland and I really love playing on Pat Rafter Arena. I won my first WTA title there in 2009 so I have some fond memories of the place and I’d love to win the tournament again,” said Azarenka.

“Brisbane always has a strong field and it will provide me with some tough matches against the world’s best at the start of the year. It did not end the way I would have liked in 2013, and I was as disappointed as the fans with this – but I hope to make it up to them this coming January,” she added.

Throughout her career Azarenka has won an impressive 17 WTA singles titles, and this year she successfully defended her maiden Australian Open crown plus reached the French Open semifinals and was runner-up at the US Open.

Like Azarenka, world No.15 Lisicki has also enjoyed a stellar year. After commencing 2013 in Queensland the German rising star went on to reach the final of Wimbledon.

“I played at the Brisbane International for the first time in 2013 and really enjoyed starting my season there, so I’m excited to be returning in 2014,” Lisicki said.

“Brisbane is a beautiful city and the tournament offers some great competition, plus it has fantastic facilities and a very supportive crowd. I look forward to seeing my fans there when Brisbane International 2014 rolls around,” she continued.

Brisbane International Tournament Director Cameron Pearson is excited to be welcoming back two stars of the game.

“Victoria and Sabine are exciting players who have made a big impact on the world tennis stage this year,” Pearson said.

“Our women’s field will again headline the world’s best and fans can look forward to some spectacular tennis this summer in Brisbane,” he added.

Minister for Tourism, Major Events, Small Business and the Commonwealth Games Jann Stuckey said the female tennis stars were a great addition to a growing field of international tennis talent for the 2014 tournament.

“Local and visiting tennis fans will be thrilled to welcome Victoria and Sabine back to the Pat Rafter Arena for the 2014 tournament,” said Minister Stuckey.

“The Brisbane International 2014 is recognised as a WTA Premier tournament and continues to attract some of the world’s top female tennis players including recently announced Serena Williams,” said Minister Stuckey.

“I have no doubt the addition of such impressive and highly skilled female tennis stars will add to the excitement of the Brisbane International and pull large crowds in 2014.

“Supporting major events such as the Brisbane International assist the Government to reach its goal of doubling annual overnight visitor expenditure in Queensland from $15 billion to $30 billion by 2020,” Minister Stuckey added.

General public multiple sessions and single session tickets are NOW on sale through Ticketek or call 1300 888 104.