Stosur to face Kuznetsova in Moscow

Sam Stosur's victory over Ana Ivanovic at Moscow's Kremlin Cup on Friday has set up a semifinal clash with doubles partner Svetlana Kuznetsova. 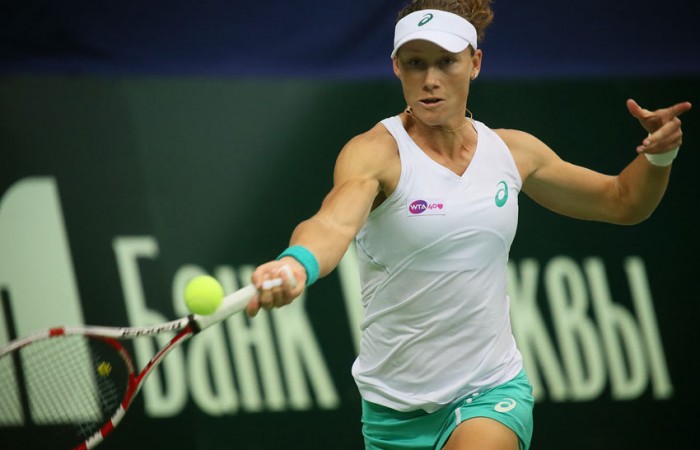 Sam Stosur will face doubles partner Svetlana Kuznetsova in the semifinals of the Kremlin Cup after both players won in straight sets on Friday.

In a rematch of last year’s three-set semifinal between former Grand Slam champions, Ivanovic took a 3-0 lead but Stosur broke back twice to win the opener.

An early break in the second set was enough for the Australian to defeat the former top-ranked Ivanovic for the second straight year.

“Probably having a match won here last year, I certainly had a few things in my head that I wanted to try to do today against her,” Stosur said.

“And right from the start it was kind of working and from that my confidence kind of built, and I was able to keep going and play well till the end.”

Last Sunday, Stosur won the fifth title of her career in Osaka, Japan, while Ivanovic lost in the Linz final.

Kuznetsova, a two-time Grand Slam champion, broke twice in the first set. But Vinci offered more resistance in the second, trading breaks twice before the Russian took a 4-2 lead.

The Russian will be playing in her first semifinal this season and her first at a home event since she lost to Serena Williams in 2007.