Seventh-seeded Sam Stosur has advanced to the second round of the Kremlin Cup by beating Estonia's Kaia Kanepi 6-3 6-1. 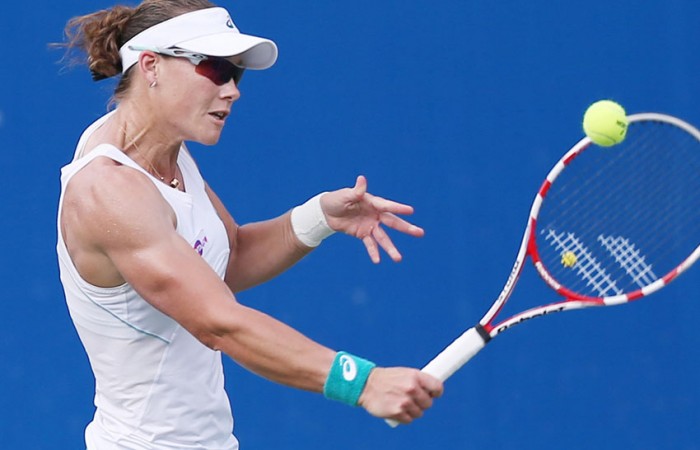 Seventh-seeded Sam Stosur has advanced to the second round of the Kremlin Cup by beating Estonia’s Kaia Kanepi 6-3 6-1.

Stosur, coming off her second title this season and fifth of her career, converted four of 11 break opportunities.

“I really tried to start the match well, on top.”

A runner-up in Moscow last season, Stosur will next play Alize Cornet.

Kuznetsova, currently ranked 23rd, overcame an early break in the second set and earned the victory on her third match point.

“I felt myself much better today and was more relaxed on the court,” Kuznetsova said.

“Yet, I was hurrying a bit and wanted to play more aggressive, thus making more mistakes. But I can say that now, by the end of the season, I play much better.”