Australia's top tennis talents will head for Europe this week after completing the ATP and WTA circuit of Asia. 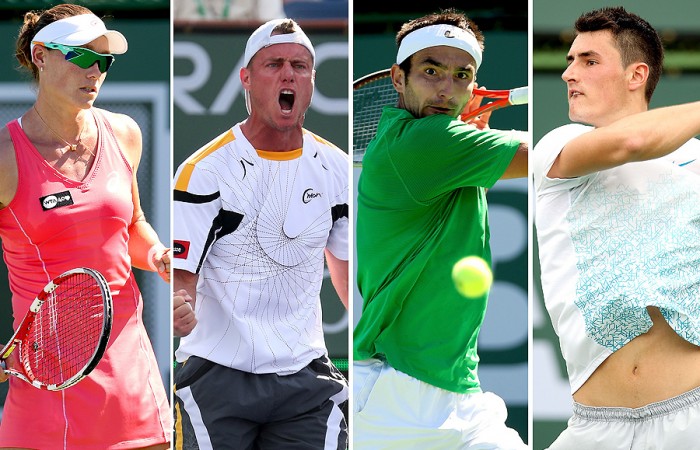 Australia’s top tennis talents will head for Europe this week after completing the ATP and WTA circuit of Asia.

Buoyed by her title-winning efforts in Osaka, Sam Stosur will head for Moscow to contest the Kremlin Cup, a combined ATP/WTA event.

Stosur reached the final of the indoor event in 2012, but will have her work cut out for her if she aims to repeat that feat this year; she opens against the oft-injured and erratic but ever-dangerous Kaia Kanepi of Estonia, who reached the Wimbledon quarterfinals and is currently ranked 29th.

A projected quarterfinal battle looms against fourth seed Ana Ivanovic, whom Stosur beat in the semifinals in Moscow last year; the Serb is coming off a run to the final last week in Linz, Austria.

Our men will also feature in European action, with Lleyton Hewitt and Marinko Matosevic bound for the ATP 250 event in Vienna, Austria.

Hewitt will hope that a niggling wrist injury will not hamper his progress in the Austrian capital when he takes on rapidly-improving Canadian seventh seed Vasek Pospisil.

Third seed Fabio Fognini looms in the quarterfinals, the Italian who accounted for Hewitt for the loss of just two games at the recent China Open in Beijing.

The Frenchman made headlines last week for upending Roger Federer in Shanghai, and will look to continue that form when he faces Matosevic, currently ranked just outside the top 50.

He faces young American Jack Sock first up, with the winner handed a second round match-up with top seed and world No.4 David Ferrer.

Back on Australian soil, many of our up-and-coming local charges will this week take their place in the draw at the second Sydney Olympic Park Tennis International Pro Tour event.