Lleyton Hewitt and Bernard Tomic will compete this week at the Shanghai Rolex Masters event, while Sam Stosur will be in action in Osaka, Japan. 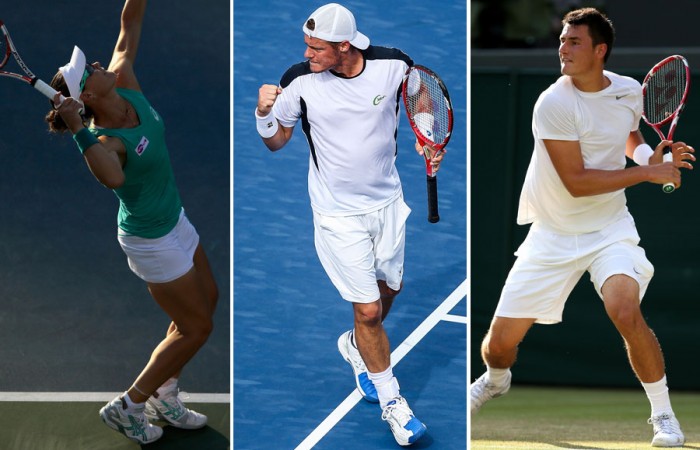 Lleyton Hewitt and Bernard Tomic will compete this week at the Shanghai Rolex Masters event, while Sam Stosur will be in action across the East China Sea in Osaka, Japan.

Hewitt, a wildcard into the event, takes on Italian Andreas Seppi in his first-round match.

Should he win that it would set up a mouth-watering clash against the fifth-seeded Roger Federer, who thanks to a bye enjoyed safe passage through to the second round.

Tomic takes on Frenchman Jeremy Chardy, with the winner to face either 15th seed Nicolas Almagro or Japan’s Go Soeda in round two.

This is Tomic’s third straight event of the Asian swing; he reached the second in Bangkok and Beijing.

Stosur, meanwhile, is the third seed at Osaka’s HP Japan Women’s Tennis Open, the site of her first career WTA title in 2009.

The 20th-ranked Queenslander takes on Swede Johanna Larsson in her opening match, and faces a projected quarterfinal battle against rapidly-rising No.7 seed Laura Robson.

The Australian reached the semifinals in Osaka last year, and her chances of success at the International-level tournament have been boosted since the withdrawal of in-form Serb Jelena Jankovic, who reached the China Open final at the weekend and who would have been in Stosur’s half of the draw as the top seed.

Fellow Aussie Anastasia Rodionova will aim to join Stosur in the main draw when she plays her final round qualifying match on Monday.