What’s new at the Brisbane International in 2014?

The Brisbane International 2014 presented by Suncorp will be the hottest ticket in town this summer! 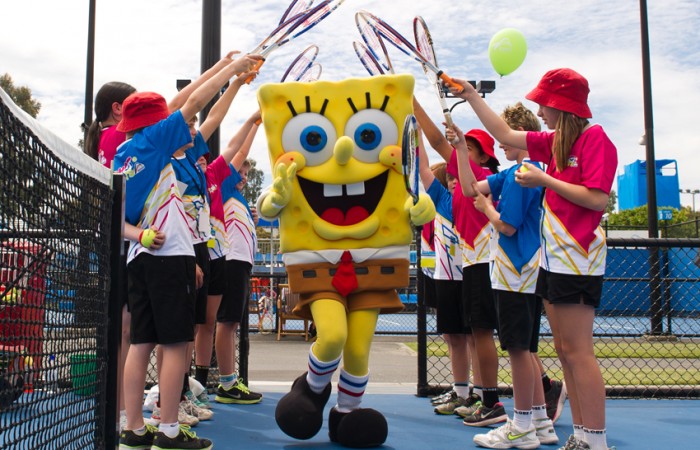 The Brisbane International 2014 presented by Suncorp will be the hottest ticket in town this summer!

Roger Federer, Serena Williams and Lleyton Hewitt have already signed on, plus there will be some new colourful faces hitting the courts.

Nickelodeon’s SpongeBob Square Pants, Dora the Explorer and the Teenage Mutant Ninja Turtles have dusted off their racquets and brushed up on their tennis skills, ready to make their debut at Brisbane International Suncorp Kids Tennis Day on Monday 30 December 2013.

Young tennis fans will be able to see their favourite Nickelodeon characters at the Queensland Tennis Centre having fun with the stars of the game.

Some of the other activities on offer at Suncorp Kids Tennis Day include – autograph signing sessions, MLC Tennis Hot Shots (mini tennis) with the stars, face painting, rock climbing, jumping castle, fastest serve and roving entertainment. All attendees on this day will also receive a show bag to take home with loads of goodies.

Suncorp Kids Tennis Day is a FREE event for kids aged 16 and under (with a paying adult).

Registrations for this fun-filled day open on Wednesday 2 October at kidstennisday.brisbaneinternational.com.au Registrations will be limited, so get in quick!

The Brisbane International is also very pleased to announce new sponsor Jacob’s Creek for the next five years.

Tennis Australia is excited to announce Volkswagen as the official motor vehicle partner of the Brisbane International and Apia International Sydney. This three-year partnership continues Volkswagen’s support of tennis in Australia.

Also joining the suite of international brands associating with the tournament is Hisense, signing for two years and will be the official supplier of televisions providing over 60 for the event.

There will additionally be lots of activities at the Brisbane International to keep all patrons occupied, including free entertainment at the Suncorp Oasis which will be situated on Tennis Central.

Adults can also enjoy chilling out in Tennis Central or relaxing with a Jacob’s Creek wine or enjoying a Corona soaking up the great Australian bands on the live Nova stage and/or tennis action on the big screen.

General public multiple sessions are NOW on sale. Details on these tickets and licensed tour operators are available at www.brisbaneinternational.com.au/tickets

General public single session Brisbane International tickets will be on sale from 9 October 2013.