Tennis fans will enjoy more shade on-site than ever before as the Australian Open edges closer to being the only Grand Slam event boasting three retractable-roof stadiums. 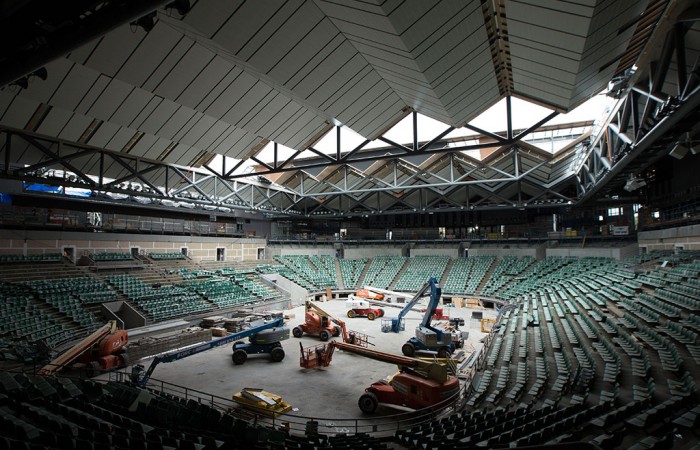 Tennis fans will enjoy more shade on-site than ever before as the Australian Open edges closer to being the only Grand Slam event boasting three retractable-roof stadiums.

Margaret Court Arena (MCA), the scene of many stunning Australian Open battles, is undergoing an incredible transformation and will sport a dramatic new look for the tournament in 2014, including:

The spectacular new National Tennis Centre (NTC), located on the eastern side of Hisense Arena, opened just weeks prior to Australian Open 2013 and was universally acclaimed by the world’s top players and coaches. For Australian Open 2014 the state-of-the-art facility will be used for:

In another first, players can book practice courts and take advantage of the spacious and relaxed training environment offered within the NTC, a particularly appealing option on days when they are not playing matches.

The Eastern Plaza, delivered ahead of schedule before the Australian Open this year, included an upgraded entry to Hisense Arena and the completion of the Edwin Flack pedestrian bridge, linking the MCG, Melbourne Park and AAMI Park.

Series tickets for Australian Open 2014 go on sale through Ticketek from 9:00 am on Wednesday 2 October to 5:00 pm Monday 7 October (AEDST).

Fans are encouraged to pre-purchase and save on tickets for Australian Open 2014. Tournament pricing applies to all tickets purchased from Monday 13 January.