Marinko Matosevic has joined compatriots Lleyton Hewitt and Bernard Tomic in the second round of the China Open after a win over Frenchman Julien Benneteau. 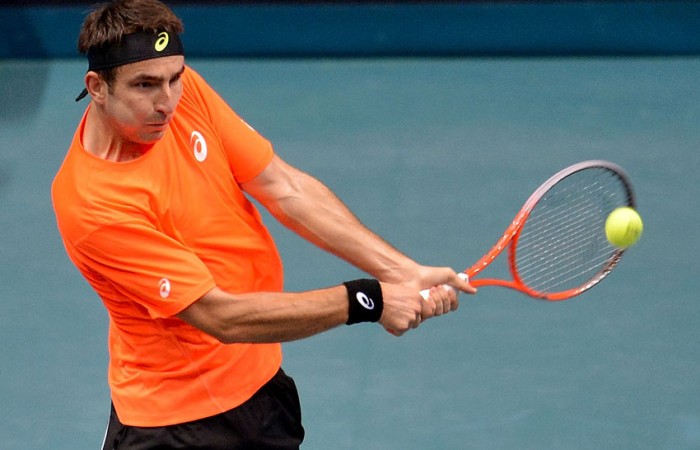 Australia’s Marinko Matosevic has set up a clash with world No.4 David Ferrer at the China Open in Beijing after winning his first-round match on Tuesday.

The 28-year-old Matosevic’s serve was below-par but he allowed Benneteau to convert only one of his five break-point opportunities.

The world No.56 now faces a big challenge against Ferrer, who won pushed all the way by Canadian Vasek Pospisil before winning through to the second round 6-4 3-6 7-6(2).

Lleyton Hewitt will face Italian Fabio Fognini in the opening match on centre court on Wednesday with victory likely to pit him against Rafael Nadal in the quarterfinals.

Nadal, who is vying for the world No.1 ranking with Novak Djokovic, defeated Santiago Spaniard Giraldo 6-2 6-4 on Tuesday to set up an encounter with German Philipp Kohlschreiber for a berth in the last eight.

Djokovic signalled his intent to defend the title he won in the Chinese capital last year when he swept aside Lukas Rosol 6-0 6-3 in just 53 minutes.

Djokovic will meet Spain’s Fernando Verdasco in the second round.